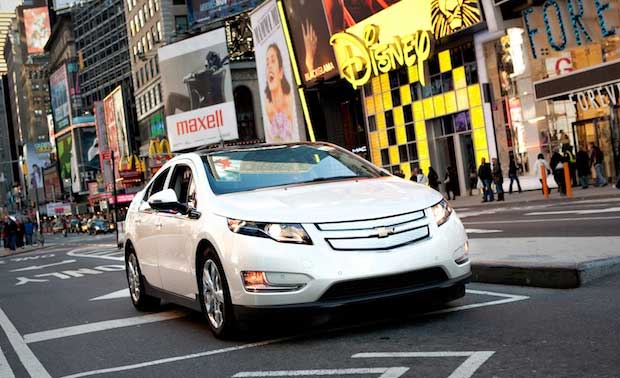 New York State announced a series of broad-scale initiatives to encourage the purchase and increase the convenience and accessibility of electric vehicles. The expansion of public fast charger networks across the state, approved regulatory actions to lower residential charging rates, and more than 11,000 rebates issued to consumers for purchasing electric vehicles is helping to increase New Yorkers’ purchasing options and charging accessibility for environmentally-friendly, plug-in hybrid and fully electric vehicles.

In the initial roll-out of its $250 million EVolve NY initiative, NYPA will deploy up to 200 150 kilowatt (kW) direct current (DC) fast chargers, enabling drivers to charge in as little as 20 minutes, to more than two dozen locations along major traffic corridors, John F. Kennedy International Airport and five major cities. EVolve NY is a key pillar of Governor Cuomo’s Charge NY 2.0 initiative, which encourages electric car adoption as it brings the state closer to its goal of installing at least 10,000 charging stations by the end of 2021.

NYPA has identified the first 32 locations and is finalizing specific site details with the vendors that will provide and install the charging equipment. EVolve NY will target four 150 kW chargers per location at average intervals of less than 75 miles along New York’s major corridors. Target corridor locations include Plattsburgh, Watertown and North Hudson in the North Country; Rochester in the Finger Lakes region; Buffalo and Niagara in Western New York; Middletown in Mid-Hudson; Corning and Binghamton in the Southern Tier; and Islip and Freeport in Long Island. The first fast chargers to be installed through the EVolve NY program are targeted to begin construction in spring 2019 along priority travel corridors with high traffic volumes from Buffalo to Montauk, and from Long Island to Canada.

The cities of Buffalo, Rochester, Syracuse, Albany and Yonkers have been identified as sites for urban hubs, and high-speed chargers are expected to be installed at approximately 15 service areas along the New York State Thruway. JFK Airport will get its first high-speed charging hub, consisting of ten 150 kW fast chargers conveniently located to cater to both private and rideshare drivers.

To further incentivize the purchase and use of electric vehicles in New York, the Public Service Commission has acted to allow residential customers, through time-of-use rates, to charge their vehicles during off-peak hours without the risk that they will pay more than standard rates. Charging electric vehicles at night not only saves electric vehicle owners money on their electric bill, it also helps utilities better manage the grid and benefits the entire grid system and reliability for all customers.

Time-of-use rate structures better align the price of delivering energy with the cost associated with delivering the energy at the time it is used. For plug-in vehicles to provide the most benefit to a utility’s system, the additional electricity consumption must not coincide with peak periods of electricity demand (generally hot summer afternoons and early evenings when peak load grows). In addition to avoiding increases in peak demand, off-peak charging gives utilities the opportunity to increase electricity demand at a time when the electric system is underutilized.

The Drive Clean Rebate is part of New York State’s overall clean transportation strategy to reduce greenhouse gas emissions and supports the Governor’s Reforming the Energy Vision (REV) comprehensive plan to build a clean, resilient and affordable energy system. To date, more than 11,000 rebates have been approved for New Yorkers to purchase electric cars. Since the start of the Drive Clean Rebate, the New York State Energy Research and Development Authority (NYSERDA), which administers the initiative, has approved more than $15 million in rebates for New Yorkers.

The $70 million plug-in hybrid and electric car rebate and outreach initiative encourages the growth of clean and non-polluting car use in New York, promotes the reduction of carbon emissions in the transportation sector and helps reduce vehicle prices for consumers. The Drive Clean Rebate initiative provides New York residents with a rebate of up to $2,000 for the purchase or lease of a new electric car from participating dealers. More than 40 different types of electric cars are available under the Drive Clean Rebate initiative.

aMost recently, in September, the Governor announced that $5 million is available for installations at apartment buildings, workplaces, malls and other locations under Charge Ready NY. Charge Ready NY rebates can be combined with New York State’s 50 percent tax credit for installing charging stations. The tax credit is applied after the rebate amount received from NYSERDA.