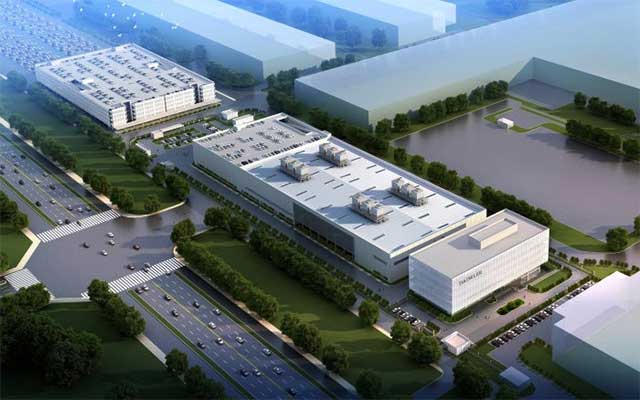 Daimler announced plans to build a Research and Development Tech Center China with a total investment of over 1.1 billion RMB (approximately 145 million EUR). This marks the further expansion of the company’s footprint in its single largest market and will be its second major R&D site in Beijing, following the Mercedes-Benz R&D Center established in 2014.

Located on the premises of the local production hub Beijing Benz Automotive Co. Ltd. (BBAC), the R&D Tech Center will allow Daimler to accelerate the localization of new Mercedes-Benz products in China. Scheduled to start operations in 2020, the R&D Tech Center’s proximity to the production hub will enable the integrated campus concept of local production with R&D, through the existing pilot plant, test track and test benches at BBAC, together and new test labs and workshops at the R&D Tech Center for testing in new energy vehicle technology, powertrain and chassis, emissions and in-vehicle air quality.

Covering a gross floor area of 55,000 m2, the Daimler R&D Tech Center China will consist of a test building and an office building. The office building with a canteen and social areas will be capable of accommodating up to 600 employees, while the two-story test building will include a warehouse and parking area for 250 test vehicles.

It will house a wide-array of advanced test facilities for overall vehicle and component testing, ranging from electric drive and charging, powertrain, chassis, in-vehicle air quality, emission to noise, vibration and harshness (NVH), as well as a consolidated workshop for all functions including overall vehicle and endurance testing.

New test labs will have the capacity to carry out a wide-range of basic to complex tests, such as system calibration, durability and thermodynamics. The facilities will incorporate road simulators and climate simulation, making testing as accurate and as optimized as possible.

Daimler’s R&D activities in China
The automaker has been employing local R&D to enhance localization in China since 2005 with the first localized Mercedes-Benz E-Class. In 2009, Mercedes-Benz became the first German premium car manufacturer to open an Advanced Design Studio in China.

To learn better the tastes of Chinese consumers and develop products that best fit local demand, the Mercedes-Benz Research & Development China Center was opened in Beijing in 2014. Additional R&D facilities were established at Daimler’s local joint ventures, including a test track and test benches at Beijing Benz Automotive (BBAC), and the first R&D facility for Mercedes-Benz Vans outside Germany at Fujian Benz Automotive (FBAC) in Fuzhou.

Advances in local R&D have been showcased in the increased comfort, tailored connectivity and newly designed features of the five long-wheelbase models, including the Mercedes-Benz A-Class L Sedan, C-Class L, E-Class L, GLC L SUV and V-Class L. Featuring a longer, more spacious rear compartment specifically proven popular in the Chinese market, these models are ‘Made in China, designed for China’.

The announcement of the R&D Tech Center China represents another highlight for Daimler’s local R&D this year, following its announcement in July of becoming the first international automaker to receive a road test license for level 4 highly automated driving research vehicles in Beijing. Daimler will continue to invest in local R&D in the future, enabling the company to emphasize C.A.S.E. topics and tailor them to the Chinese market.