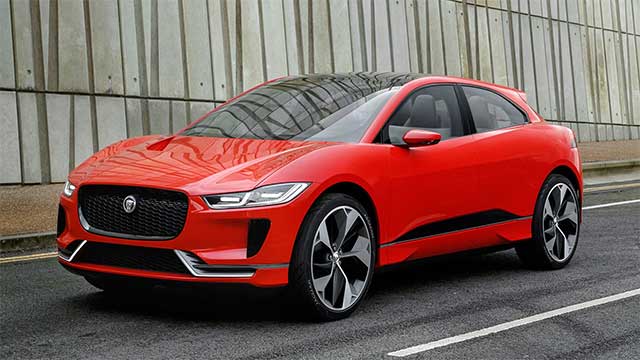 The Jaguar I-PACE all-electric SUV has been named as Sunday Times Car of the Year at the inaugural News UK motoring awards. The I-PACE was also named Green Car of the Year, securing its fifth major award since its worldwide reveal in March.

The News UK motoring awards are shortlisted by the motoring experts from News UK’s publications, including the Sunday Times and The Sun. It was these experts that voted Jaguar’s first all-electric car, the I-PACE, as Sunday Times Car of the Year, however it was a public vote that decided the I-PACE’s victory in the Green Car of the Year category.

With a 292-mile range (WLTP), five seats, zero emissions, the I-PACE is both a practical and exhilarating SUV, packed full of the latest innovations.

The I-PACE will be able to achieve a 0-80 percent battery charge in 85-minutes using DC charging (50kW) and offer a range of up to 292 miles on a single charge. Home charging with an approved Jaguar AC wall box (7kW) will achieve the same state of charge in just over ten hours – ideal for overnight charging.

The I-PACE calculates range using the most accurate system Jaguar has ever produced, taking into account route topography, climate conditions and driver inputs. The I-PACE is Jaguar’s first vehicle to include the Touch Pro Duo infotainment system, capable of over-the-air software updates, and uses artificial intelligence to adapt to a driver’s personal preferences, ensuring driving and infotainment settings are matched to each individual using the car.

Rawdon Glover, Jaguar Land Rover UK MD, said: “We’re absolutely overjoyed to see the I-PACE pick up another two major awards in the UK, including Sunday Times Car of the Year. We’ve always said that I-PACE is revolutionary, using technology, design and packaging never before seen in a Jaguar, and we’re extremely grateful that the media and our customers agreewith us.I-PACE is absolutely a sign of things to come from Jaguar, so I’m sure there’s a bright future ahead.”

Nick Rufford, Sunday Times Motoring Editor, said: “Jaguar scored a first for Britain by winning the race to launch the first luxury electric car to challenge Tesla’s dominance of this sector, against stiff competition from Audi, Porsche and Mercedes, whose fully electric cars will be on the road next year. The I-PACE is a tremendous achievement and shows that Jaguar’s engineers still lead the field in automotive engineering.”