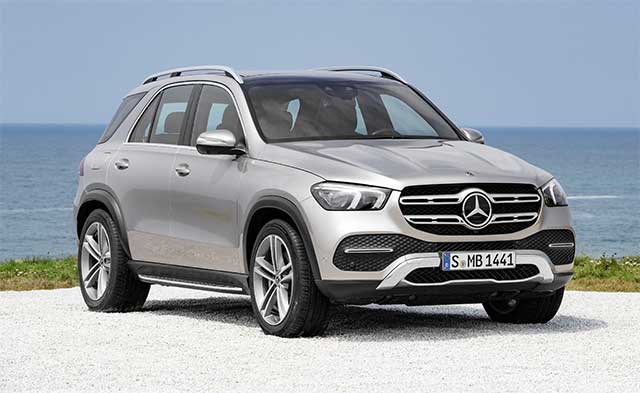 The new Mercedes-Benz GLE has a wealth of innovations. For example, the active suspension system E-ACTIVE BODY CONTROL using a 48-volt system is a world first, while the driving assistance systems take another step forward with Active Stop-and-Go Assist.

The interior is even more spacious and comfortable, with a third seat row available as an option. The infotainment system has larger screens, a full-colour head-up display with a resolution of 720 x 240 pixels and the MBUX Interior Assistant, which can recognise hand and arm movements and supports operating intentions. The exterior design not only exudes presence and power, but also sets a new standard for aerodynamics in the SUV segment. 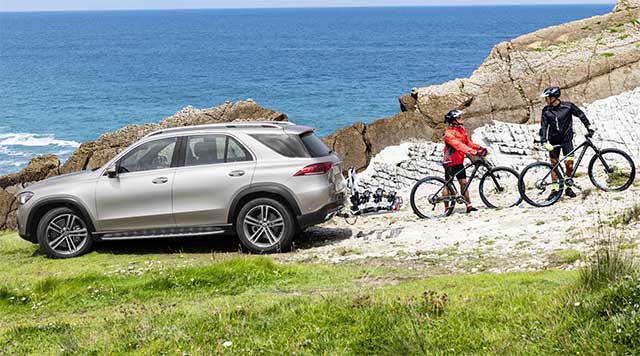 The GLE will receive a completely new range of engines on market launch in early 2019. The new Mercedes-Benz GLE will be launched with the new in-line six-cylinder petrol engine, and other engines including diesels and a plug-in hybrid will follow.

The Mercedes-Benz GLE 450 4MATIC as the first petrol model is powered by a six-cylinder engine systematically electrified with 48-volt technology (combined fuel consumption: 9.6 – 8.3 l/100 km (up to 34 mpg); combined CO2 emissions: 220 – 190 g/km), and is available on market launch. Its performance data: 270 kW (367 hp) and 500 Nm of torque, with a further 250 Nm of torque and 16 kW/22 hp available via EQ Boost over short periods. The integrated starter/alternator (ISG) is responsible for hybrid functions such as EQ Boost or energy recuperation, while allowing fuel savings that were previously reserved for high-voltage hybrid technology. 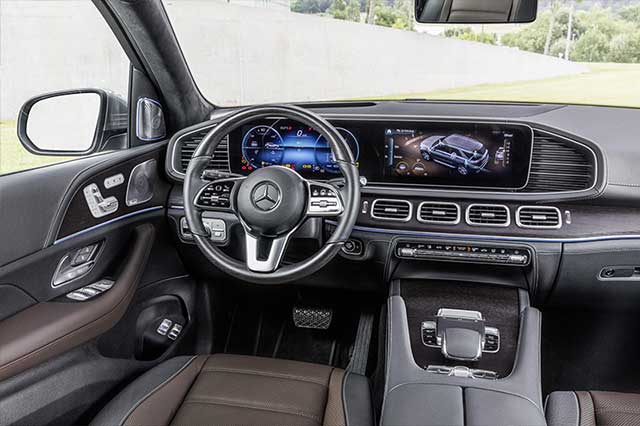 ISG eliminates the need for a belt drive for ancillary components at the front of the engine, which reduces its overall length. The slim design, together with the physical separation of intake/exhaust, creates space for near-engine exhaust aftertreatment. The 48-volt on-board power supply serves not only high power consumers such as the water pump and air-conditioning compressor, but also the Integrated Starter Generator (ISG), which also supplies energy to the battery by means of highly efficient energy recuperation.

The new Mercedes-Benz GLE will be presented to the public for the first time at the Mondial de l’Automobil in Paris (4 to 14 October 2018). Pricing for the new GLE will be announced in the autumn. It will be in dealerships in early 2019 (USA and Europe), and in spring 2019 in China. The GLE is produced in Tuscaloosa (Alabama/USA). 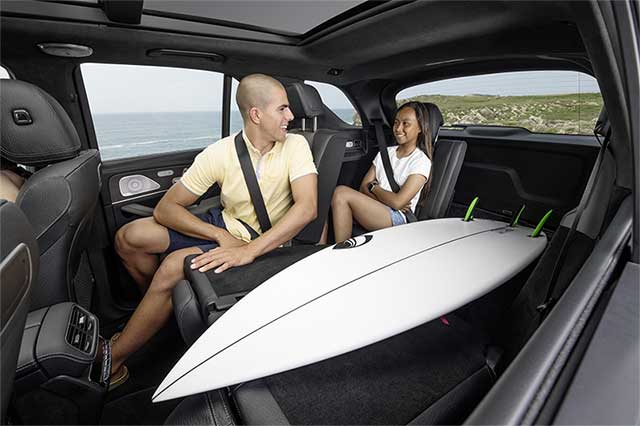 The five most important innovations in the new GLE:

– E-ACTIVE BODY CONTROL: Fully networked hydropneumatic, active suspension on a 48-volt system, for the first time in combination with the likewise newly developed air suspension. This is the only system in the market where the spring and damping forces can be individually controlled at each wheel. This means that it not only counteracts body roll, but also pitching and squat

– Active Tailback Assist: This driving assistance system enables the GLE to recognise tailbacks at an early stage, actively support the driver in stop-and-go traffic up to approx. 60 km/h (37 mph) and even help to form a rescue lane.

– Turn-off function of Active Brake Assist: If there is a danger of a collision with oncoming traffic when turning off across a carriageway, the GLE can be braked at the speeds typical of such manoeuvres.

– 4MATIC: Available for the first time for models with six and eight-cylinder engines and the plug-in hybrid, fully variable all-wheel drive (Torque on Demand, TonD) controls the torque distribution between the front and rear axle from 0‑100 per cent depending on the selected driving mode. With the optional Offroad package, and as a world first, likewise fully variable all-wheel drive (TonD) with a low and high range is available. This makes the GLE more off-road capable than ever.

Seating comfort: The new GLE has a much longer wheelbase (plus 80 mm), with corresponding interior spaciousness. Comfort is particularly enhanced by the optionally fully electrically adjustable second seat row – a third seat row is also available as an option.