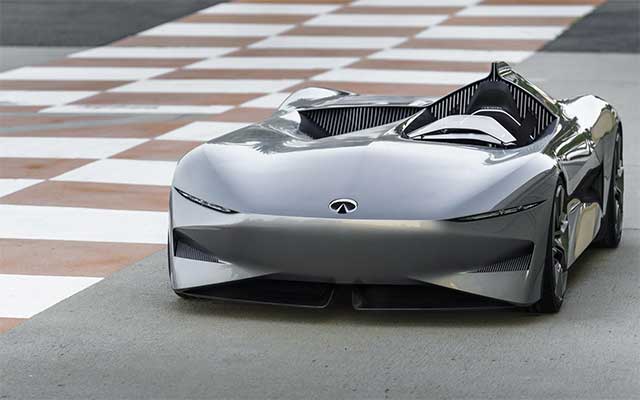 As a brand with technological innovation at its core, electrification is a natural next step for INFINITI. From 2021, every new INFINITI model will feature electric drivetrain technology to enhance performance. The Prototype 10 provides a window into INFINITI’s desire to deliver driving pleasure, thrilling performance and range confidence.

Following the ground-breaking Prototype 9 concept first revealed at the 2017 Pebble Beach Concours d’Elegance, INFINITI has ‘looked back to go forward’ with the Prototype 10. A future vision realized by INFINITI designers, Prototype 10 evokes the spirit of early Californian speedsters, and is informed by some of the most iconic car designs of all time. 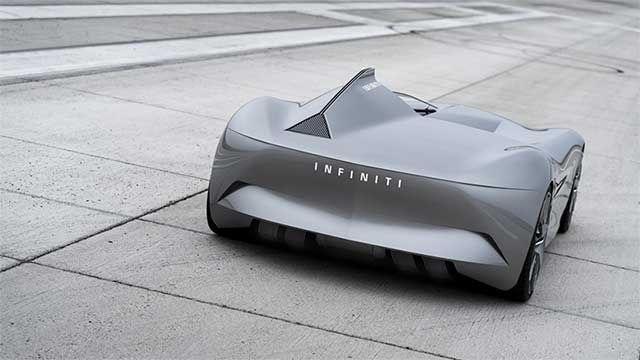 This is the first project to come to fruition under the direction of Karim Habib, INFINITI’s new Executive Design Director, and it hints at how the brand’s design teams will evolve the appearance of its production cars. A project spanning the globe, the Prototype 10’s creation has been overseen by INFINITI’s Japan design center, designed digitally in the U.K., and crafted by hand in San Diego, California.

The new concept is resolutely forward-looking in terms of its aesthetics and is a natural evolution of the form language first seen in the INFINITI Q Inspiration and Prototype 9. The monoposto (single-seat) cockpit is consistent with INFINITI’s driver-focused approach, and is indicative of the new opportunities created for INFINITI by adopting electrified powertrains and flexible vehicle platforms. 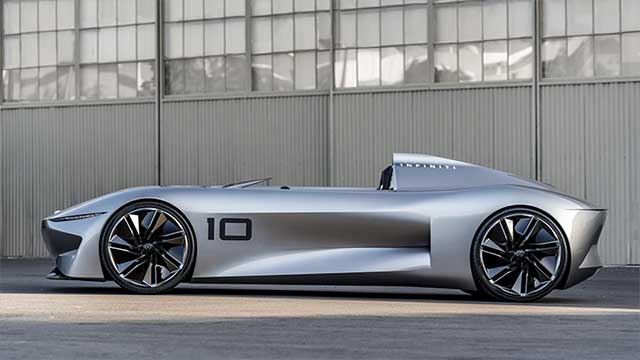 In creating the Prototype 10, INFINITI has re-imagined the classic speedster with a cool, clean, forward-looking design. Inspired by the potential for electrification, INFINITI’s new concept seeks to demonstrate the daring spirit of performance that will inform the brand’s production vehicles in the future.

The new concept follows two other design studies revealed by INFINITI in the last 12 months: the Prototype 9 – first revealed in 2017 – and the INFINITI Q Inspiration concept, unveiled at the 2018 North American International Auto Show in Detroit.

Where Prototype 9 – a sleek, open-wheeled, electric retro-roadster – imagined an alternative history for INFINITI, the Prototype 10 is resolutely focused on what the future holds for the brand. Utterly daring in its bold execution, the new concept is inspired by the spirit of early speedsters, its form and function evoking driving pleasure and thrilling performance. Even its monoposto cockpit is consistent with INFINITI’s approach to creating driver-focused cars. The Prototype 10 also echoes the design of the 2018 Q Inspiration concept, which previewed a new form language for INFINITI in an era of advanced powertrains. 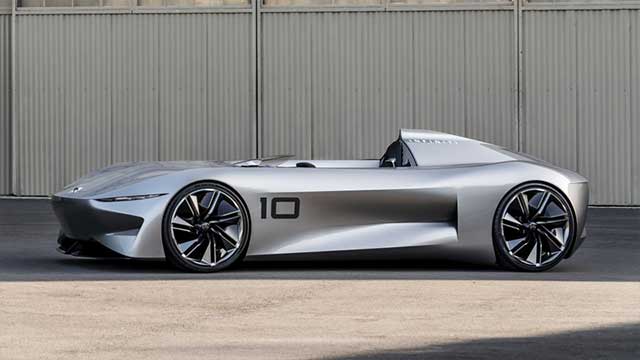 The Prototype 10 has been designed under the direction of INFINITI’s new Executive Design Director, Karim Habib. The first project to come to fruition under his instruction, it hints at how INFINITI’s design teams will evolve and adapt the appearance of its production cars in future.

INFINITI’s design teams in Asia, Europe and North America have each been involved in the creation of Prototype 10 from its inception. A forward-looking project on a global scale, its creation has been masterminded by INFINITI’s Japan design center and forged digitally in the U.K. Evoking the spirit of early speedsters, it was to be expected that the project would be completed in San Diego, California – home of INFINITI’s North American design base. 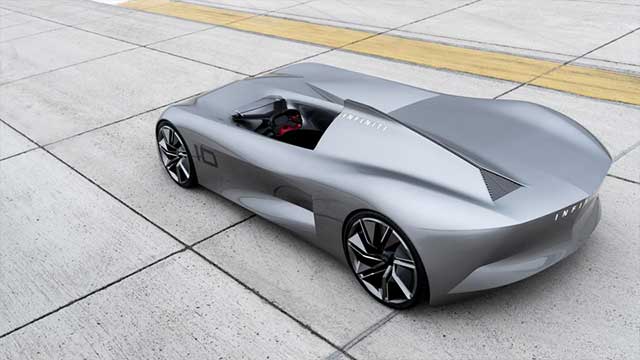 The unveiling at the 2018 Pebble Beach Concours d’Elegance is no accident. California has an automotive culture all of its own, with a rich vein of individual expression empowering car fans and gearheads alike to create their own unique, hand-built machines. This instinct for challenging accepted automotive norms – aided by the ever-temperate weather – meant California was destined to become the spiritual home of the high-performance speedster. A similar passion for expression has driven INFINITI’s designers in creating the Prototype 10, a physical manifestation of the brand’s vision for vehicle electrification.

Designed as a single-seat speedster, the Prototype 10 hints at the performance intent of all future electrified models from INFINITI. It doesn’t just embody the brand’s basic desire to electrify its cars, but represents a promise to deliver driving pleasure.

From 2021, all-new INFINITI’s models will offer a mix of pure electric vehicles and e-POWER vehicles – demonstrating the full range of ultra-low emissions technology available. The Prototype 10 seeks to illustrate what drivers will come to associate with the brand’s electrified models. Echoing the performance traditions of the speedster, INFINITI will deliver electric performance of the highest order. 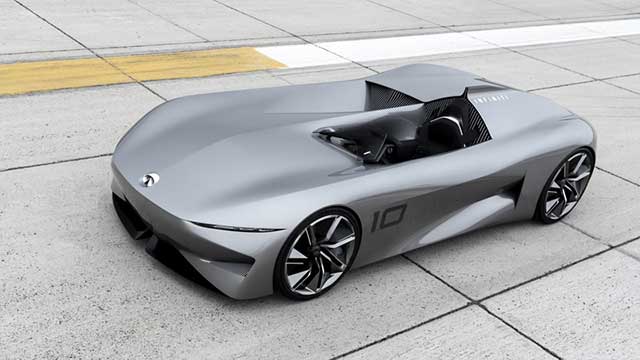 The unique layout of Prototype 10 suggests the approach that INFINITI will take in engineering its new cars. INFINITI’s EV and e-POWER powertrains offer greater packaging flexibility for INFINITI engineers, and afford new creative freedom in design.

Prototype 10 hints at the potential for INFINITI to adopt rigid, modular platforms with flat floors to underpin every one of its new electrified vehicles, and support a new era of design and packaging. Indeed, it’s due to the flat floor that the Prototype 10 driver’s seat can be situated so low in the chassis.

Modular platforms will enable INFINITI to apply e-POWER and battery EV powertrains in new and creative ways within chassis of all shapes and sizes – including sedans, SUVs and sports cars. Electrification also provides the opportunity to introduce a wider variety of drivetrains, including a new e-AWD system, underpinned by electric motor technology, to help transform perceptions of EV performance and power delivery.

Purely a design study at this stage, Prototype 10 nevertheless hints at the inherent flexibility of INFINITI’s approach to platform and powertrain development. The ducts and vents in Prototype 10’s body could enhance cooling for a battery pack, even INFINITI’s unique, performance focused e-POWER technology.