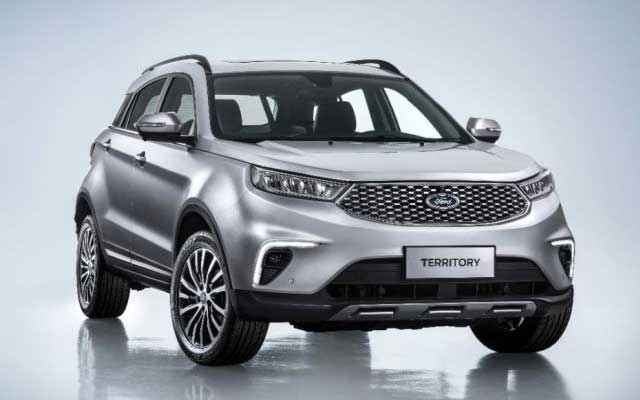 Ford shared on Monday the first images of the new Territory, a mid-size SUV with the affordable price-tag, rich technology and looks to carve inroads into China’s richest vein of future growth – new buyers in emerging cities.

Territory customers can choose between a fuel-efficient gasoline engine option, 48V mild hybrid with Miller-Cycle technology, and a plug-in hybrid powertrain when it goes on sale in early 2019. 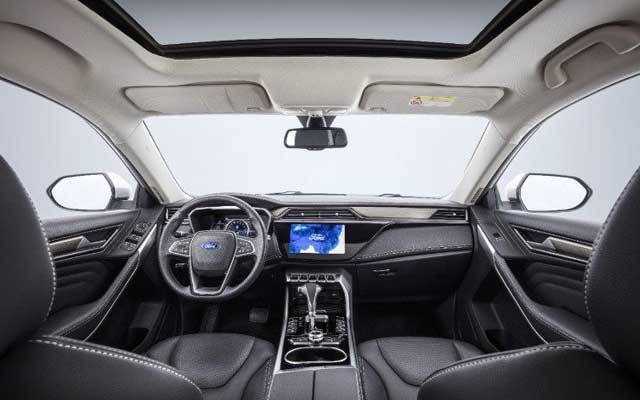 AIMING AT THE HEART OF CHINA’S AUTO GROWTH
While China remains the world’s largest automotive market, the greatest growth in demand for automobiles will come not from traditional ‘Tier 1’ cities such as Beijing and Shanghai, which have implemented license plate restrictions to manage traffic congestion, but rather from smaller but fast-growing cities in the interior of the country.

For these buyers, the midsize SUVs such as Ford Territory is a highly popular choice. According to McKinsey’s China auto consumer survey 2017, the midsize SUV segment saw an annual growth rate of 38 percent in China between 2012 to 2016. Indigenous Chinese automakers in particular have capitalized on this trend.

For the first time, Chinese customers will be able to purchase a very competitive Ford in the entry-level, mid-size SUV segment at an affordable price.

The rear of the vehicle is highlighted by strong horizontal lines, emphasizing the width and stance. A lower skid plate integrates outboard bright graphic elements and serves as a reminder of the Territory’s SUV capability. The accent finishes on the grille and contemporary Ford color palette offer contrast, depth and a richness to the vehicle.

Ford’s engineering DNA is evident in a Ford-tuned suspension, which is set for exceptional ride comfort and refinement.

The Territory has also been rigorously tested in its ride, handling and NVH (noise, vibration and harshness) levels at Ford’s testing centers in Nanjing, China and Melbourne, Australia, to ensure it meets Ford’s stringent engineering and quality standards.

The new Ford Territory is part of Ford’s China 2025 plan to launch more than 50 new vehicles in the country by 2025.