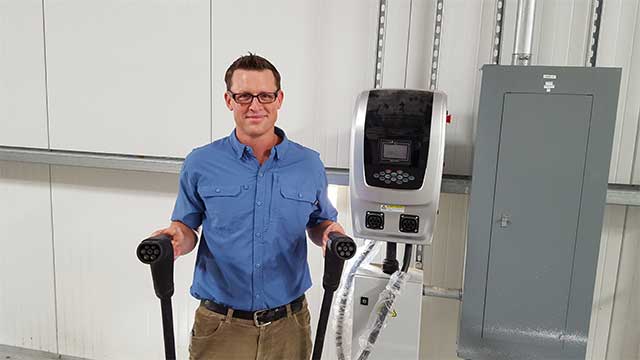 BYD is bringing its clean energy expertise and experience to the CharIN coalition as it develops the Combined Charging System (CCS), an open, universal and international charging system for electric vehicles based on international standards. Standardization eliminates the need for a customer to invest in multiple charging systems.

“CCS is currently the world’s only charging system that covers all charging scenarios with a single product, and our support of CCS will help pave the way for more efficient transportations solutions,” said Bobby Hill, Vice President of BYD North America, Coach and Bus. “As the largest producer of electric batteries in the world and the safest bus battery in the market, our membership in CharIN is an example of our continued efforts to advance and expand the electric vehicle ecosystem.”

BYD has the widest range of battery-electric heavy-duty trucks in the U.S market, and all next generation Class 6, Class 7, and Class 8 BYD trucks will provide customers with the option of using the company’s proprietary charging system or a CCS Type compliant system.

As a leader in battery electric technology, BYD continues its commitment to R&D and technology advancements as a firm and in the industry at large.  In addition to its membership in CharIN, BYD actively serves on multiple boards and committees that are working to advance battery-electric technology and standards including the Society of Automotive Engineers (SAE), the Institute of Electrical and Electronics Engineers (IEEE), and International Organization for Standardization (ISO).

CharIN is an open coalition of major players within the electric vehicle (EV) industry aiming to support and promote CCS as a global standard for EV charging. Key members include companies such as BMW, FCA, Ford, GM, Phoenix Contact, Porsche, and Renault, among others.