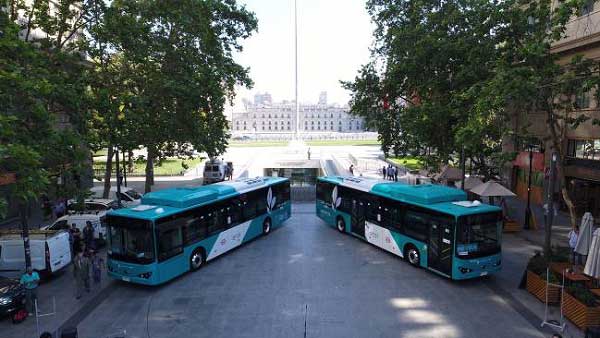 Chinese electric bus maker BYD has signed a deal to deliver 100 pure electric K9FE buses to Chile’s capital Santiago. The collaboration with Chilean energy distributor ENEL will see the delivery of the e-buses and commencement of their operation in the Transantiago, Chile’s public transport system, in late November.

ENEL and BYD introduced two pure electric buses in Santiago last year as Chile moves towards electrifying its public transport system to improve passenger experience. The buses, which are presently operating in eight of the city’s most important road arteries, have won official recognition.

The additional fleet that will arrive in Chile at the end of the year will also operate in Santiago’s main avenues, such as Grecia, Vicuña Mackenna, Alameda under Metbus. In addition, the vehicles will be equipped with BYD’s latest battery technology and customized for the Chilean market while complying with local transport regulations.

The incorporation of the bus fleet into a public transportation system such as the Transantiago makes Chile a pioneer in electrified urban mobility in the region, serving as a model that can be implemented in other markets. Its successful operation will also demonstrate a positive impact on city dwellers’ quality of life.

BYD is present in more than 200 cities around the world and was the number one global seller of new energy vehicles between 2015 and 2017.