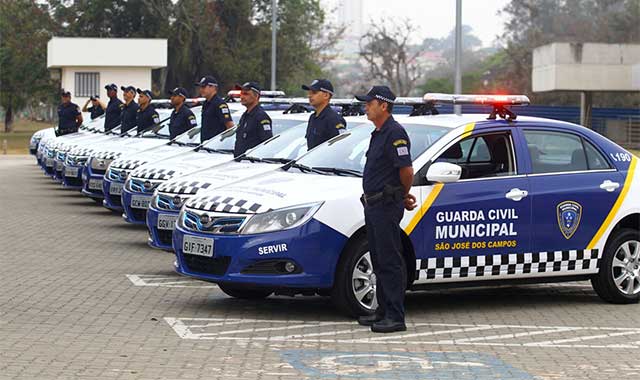 Chinese electric vehicle maker BYD delivered 30 all-electric cars to Brazilian city São José dos Campos, to be used by the Secretariat of Citizen Protection, as the largest contract in Brazil, including 29 BYD e5’s and 1 BYD e6.

BYD won the public bid in April to loan electric cars to the police and other governmental agencies. Pure electric vehicles are economical, non-polluting, with low maintenance costs (compared with fuel-powered cars) and offer optimum performance, bringing sustainability and environmental preservation. This 36-month leasing project was implemented after successful tests of a BYD e6, from October 2017 to March 2018, which achieved excellent results in terms of availability, economy and maintenance cost.

The substitution of combustion-powered automobiles by electric cars complies with municipal law 9.684, of March this year, which includes the policy of encouraging electric and hybrid car use. Electric cars, in addition to zero emission of pollutants and lower noise when driving, also bring benefits to the consumer as they reduce the cost of fuel and maintenance compared to normal vehicles.

“BYD believes it is important to contribute effectively to a sustainable society. The company has similar projects to supply EV fleets in the area of public safety in China” said Adriano Caputo, Sales Manager of BYD Brazil.

Mr. Fabricio Hamuth, the Mayor of São José dos Campos, Mr. Antero Baraldo, Secretary of Citizen Protection,and other authorities participated in this ceremony to witness BYD’s success with this project. According to Mr.Fabricio Hamuth, “We are delivering a volume of investments that the City Guard has never had. The big change with this electric fleet is in relation to the visibility of the Guard. We have BYD as a partner from the start.”

BYD is present in more than 200 cities around the world and was the number one global seller of new energyvehicles between 2015 and 2017.