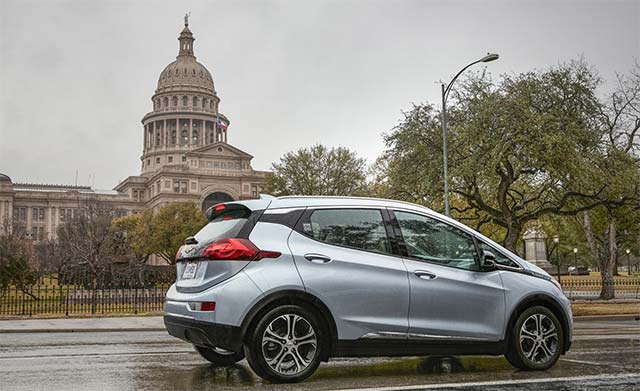 Maven now offers its first all-electric fleet of cars for use in the gig economy, making it easier for Austinites who want to get the most out of their side hustle.

Today 20 Chevrolet Bolt EVs became available for freelance drivers in Austin to earn money on their own schedules. The city’s passion for tech start-ups, combined with its high concentration of college students, makes it the ideal location for Maven Gig.

Maven Gig vehicles are available for flat weekly rates that include the car, unlimited miles, insurance (minus deductibles) and maintenance. Pricing starts at $229 per week plus taxes.

Maven will provide charging for Maven Gig drivers for a limited time through the Austin Energy Plug-In EVerywhere and EVgo networks. Drivers can see vehicle availability and pricing via the mobile app. Reservations and pickup date/time can be scheduled through the app. Maven Gig is platform agnostic and members can use the car to drive for rideshare services or for grocery, package and food delivery.

The Chevrolet Bolt EV with an EPA-estimated range of 238 all-electric miles1 is the most popular vehicle among Maven Gig drivers. Bolt EVs in the Maven fleet have driven 6.5 million all-electric miles since February 2017 and have saved an estimated 250,000 gallons of gas.

An estimated 643,800 rideshare passengers have been transported in Maven Gig vehicles, and drivers shouldn’t feel any range anxiety:

– On average, Maven Gig members in Bolt EVs drive more than half the vehicle range every day.
– Approximately 9 percent of daily trips exceed the EPA-estimated range of the car.
– Maven Gig drivers have taken trips from San Francisco to Portland and from San Diego to Los Angeles.

Maven Gig first launched in November 2016 to provide vehicles for rideshare drivers in San Francisco and has since expanded the offering for package, grocery and food delivery drivers. The mobile app provides drivers the ability to reserve cars and earn money on their own terms. Unlimited miles and insurance are included, and there’s no membership fee. Vehicle reservations are now available in Austin, Baltimore, Boston, Detroit, Los Angeles, Phoenix, San Diego, San Francisco and Washington, D.C. Interested drivers can download the Maven app for Apple in the App Store and for Android in the Google Play Store.

Mar 2, 2018Blagojce Krivevski
EVgo Announces Price Drops for EV Fast Charging Across the U.S.PG&E Customers Eligible to Save $10,000 on a New BMW i3