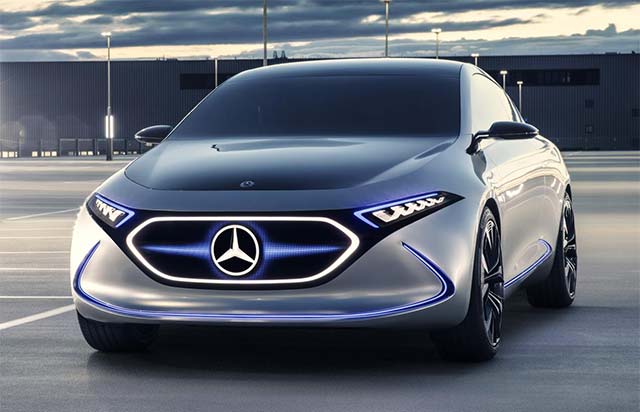 Through an investment totaling over 11.9 billion RMB (about 1.5 billion euros) by Daimler and BAIC, BBAC will prepare to operate another production location for high-quality premium vehicles, in addition to its established local production hub in Beijing’s Yizhuang industrial park.

Together with BAIC, Daimler continues developing BBAC into one of the most pioneering manufacturing hubs in Daimler’s global production network. The expansion of localization announced today will allow Daimler to respond to increasing market demand with local models tailored to Chinese customers’ needs, including electric products from Mercedes-Benz’s EQ brand. Daimler is dedicated to furthering New Energy Vehicle (NEV) development in China, already the largest NEV market globally, as part of the company’s “Made in China, for China” commitment.

This deepening of the cooperation between Daimler and BAIC further demonstrates the strengths of combining “Industry 4.0” and “ Made in China 2025”. By using smart manufacturing and increased digitalization, these efforts will help to further accelerate the manufacturing upgrade in China’s automotive sector. Mercedes-Benz’s unified global standards govern all production from BBAC. Production at the Shunyi facility will also follow the quality standards and processes, extending along the entire supply chain. As a full-fledged production facility, it will include a body shop, paint shop, press shop, as well as assembly lines.

China last year was once again Mercedes-Benz’s largest single market, with local production of around 430,000 units accounting for over 70% of total local sales. This allowed BBAC to become the largest Mercedes-Benz passenger car production plant worldwide in terms of output in 2017, driven by the outstanding market demand for premium cars of the three-pointed star. Employing over 11,000 staff, BBAC’s portfolio includes the C-Class, E-Class, GLA, and GLC vehicles.

In 2017, Daimler and BAIC announced a joint investment of five billion RMB (about 655 million euro) for Battery Electric Vehicles and battery localization at BBAC as part of the electric initiative. The first model from Mercedes-Benz’s EQ brand, the EQC SUV, is scheduled to roll-off production lines by 2019.

These localization efforts are backed by strong local Research and Development, ensuring that Mercedes-Benz products meet the needs of Chinese customers. In 2014, the Mercedes-Benz Research and Development Center opened in Beijing, and has ever since grown the number of employees to today over 850 local engineers, designers and other functions. The Mercedes-Benz R&D Center recently also expanded cooperation with renowned Tsinghua University. Showing full commitment to electric mobility in China, both partners will jointly establish a Research Cooperation in the field of Battery Safety and Fast-Charging.