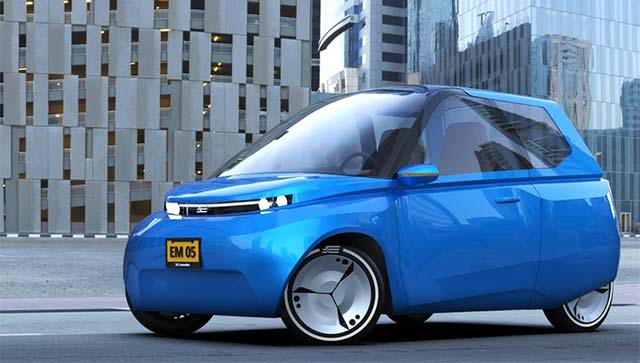 A team of students from the Eindhoven University of Technology’s TU/ecomotive group has revealed their fifth car: Noah – World’s first circular car.

The materials which Noah is made of are completely recyclable and will be easily detachable. Just like his older sister, Lina, Noah’s chassis, body and interior will be completely fabricated from biobased-materials. The two-seated car will be three hundred and fifty kilogram and is powered by six modular batteries. During their final event in July they will show Noah is a practical road legal car.

The population of our planet is increasing drastically and estimations predict that we will reach a level of 10 billion people as soon as 2050. Besides this fact, people’s life expectancies are increasing all around the world. Next to this, since people live longer and the economy continues to grow, the claim on resources will triple or even quadruple. The problem is that the planet only delivers so much resources per year and therefore more resources are consummated than the earth can produce. 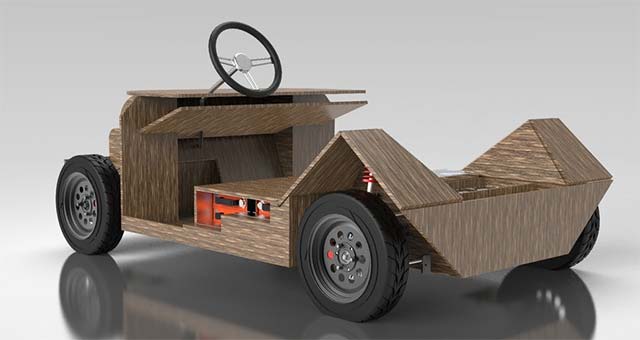 Every year the World Overshoot Day is calculated: the calendar date on which humanity’s resource consumption for the year exceeds earth’s capacity to regenerate those resources within a year. In 2017 this day was August 2nd. The team believes that to solve this excessive use of resources, society has to adopt a circular economy. By recycling products, using renewable resources and by using smart design less resources are taken from the planet.

This year TU/ecomotive will prove that circularity is already possible in complicated products (such as a car) today. This will be proven by making the first circular car in the world: Noah. To accomplish their goal TU/ecomotive will use renewable resources to further develop bio based materials, drive fully electric and design Noah to be recycled. These leaps forward in circular mobility will make Noah the most sustainable car in the world. He will seat two persons and will be build out of sustainable materials to reduce the carbon dioxide footprint by reducing energy usage during production.

As will be common in the near feature, Noah drives fully electric with his new developed drivetrain, making use of smart modular battery packs. Noah motors have a power of 15kW, with which Noah will reach a speed of approximately 100 km/h and a total range of 240 kilometres. In the end of the lifecycle, the car will be fully recyclable, which lowers the need for raw products and gives the used materials a new life. This all will ensure a sustainable path from cradle to cradle.

To empower their dream, the team wants to show that going green is not a trade off with practicality, comfort or aesthetics. Therefore, the new car will be quite the looker and will provide comfort for its users. A feature of its practicality and comfort comes forward by the fact that Noah will be a connected car. In one touch, Noah will adapt itself to all the preferences of the driver and by using NFC technology and Wi-Fi in the car Noah will be optimally equipped for car sharing, since car sharing will be an important step towards the sustainable usage of our smart mobility.

TU/ecomotive will apply for a license plate for Noah. This requires the endurance of multiple tests, which are intended to prove the roadworthiness and overall safety of every automobile. By working closely with the RDW during development of Noah, the team is minimizing the probability of issues during testing. When tests go well, Noah will be allowed to drive on public roads later this year.

In previous years the team has always competed in the Shell Eco Marathon, however this year will be different. The regulations limited earlier cars of the team in both design and efficiency. That is why the team chose to not compete in this contest but instead bring Noah to the public. This allows the team to take the step from making a concept car to a car that is truly in touch with reality. Equipped with a license plate and together with the team’s partners they will organize a completely new event, visiting several major cities in Europe during the summer of 2018 to showcase Noah on the public roads.