Colorado Governor rolls out plan to accelerate use of electric vehicles 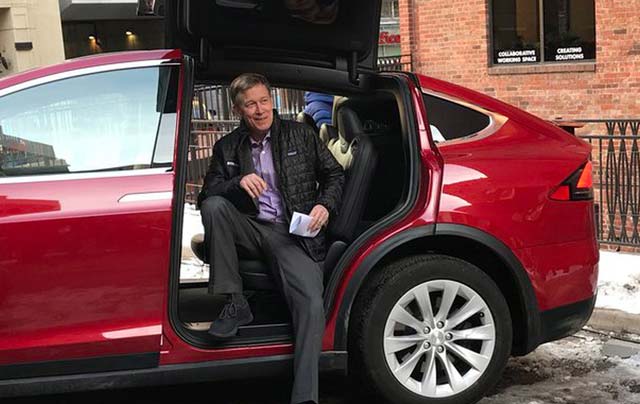 The plan details a series of actions supporting EV infrastructure along Colorado’s corridors. It also lays out goals to accelerate adoption of EVs and ensure Colorado remains a leader in the EV market.

“The Colorado EV Plan serves as a roadmap to build out a fast-charging network, giving Coloradans the ability to travel anywhere in the state in an EV,” said Governor John Hickenlooper. “The plan includes a set of goals and strategies that ensure Colorado continues leading in adoption of EVs and leverages the economic development and tourism benefits.”

The Colorado EV Plan builds upon a memorandum of understanding signed in October, 2017, by the governors of Colorado, Idaho, Montana, Nevada, New Mexico, Utah and Wyoming, outlining the “Intermountain West Electric Corridor” along key interstate freeways in the region.

Currently, Colorado has 53 fast-charging stations where electric vehicles can fill their battery tanks in a few minutes. But the state needs at least 204 fast-charging stations on the main transportation corridors to support a medium growth scenario and — if demand surges — up to 632 stations, the plan said.

To get those stations on the main corridors, including Interstates 25, 70 and 76, the plan calls for using public-private partnership and grants. The state is planning to use $10.4 million of the nearly $70 million it received as part of Volkswagen’s emissions-cheating scandal settlement toward constructing charging stations.

Colorado ranks in the nation’s top 10 states for electric vehicle market share and the number of electric vehicles per capita. As of August 2017, there were more than 11,000 electric vehicles in the state. Sales for the first eight months of 2017 were 73 percent ahead of the same time period in 2016.

The plan envisions the number of state-owned electric vehicles rising from the current level of 32 to at least 200 by the end of 2020 by having state agencies “prioritize purchase of EV’s for light-duty applications.”

The Colorado Electric Vehicle Plan will be updated on an annual basis to ensure Colorado remains responsive to a rapidly-changing market.