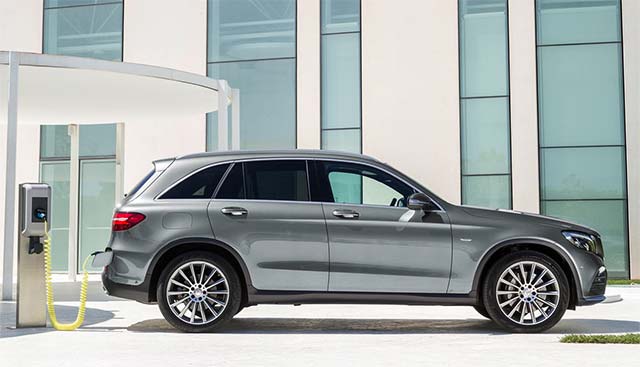 The plug-in electric passenger car market in Finland is up 122% in July, having registered 233 units, with YTD registrations up 89% regarding the same period last year, now at 1,491 units.

The Mercedes GLC350e was once again the best-selling PEV (sixth time in a row), with 51 deliveries, followed by the BMW 530e with 22 units and the Porsche Panamera PHEV with 21 deliveries, its best result ever in this market.

In the year-to-date ranking, the Mercedes SUV has extended even further its advantage with 315 units, followed by two other German PHEVs: the second placed VW Passat GTE with 114 and the third placed Audi Q7 e-Tron with 111 deliveries.

Meanwhile, the plug-in car market in Slovenia is up 134% this year, having registered 253 units, increasing the total stock of passenger plug-ins to some 800 units.

The leadership is being disputed by the Renault Zoe with 47 units and the all-electric BMW i3 with 46 registrations, with the last place of the podium going to the BMW 225xe Active Tourer with 18 registrations, which is also the best-selling PHEV.

Looking at sales by technology, all-electric cars have the large majority with 69% share in this BEV-friendly market, with registrations up 138% in 2017, while PHEVs are growing at a slightly smaller rate of 126% YoY, representing only 31% of the whole PEV market.