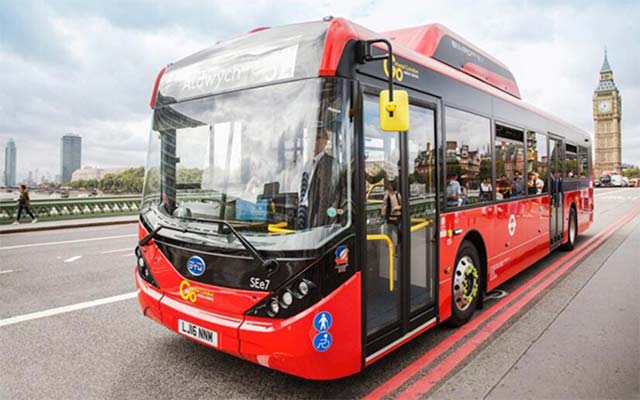 The ADL/BYD electric bus partnership has secured a third order from Go-Ahead London – for a total of 30 of its BYD ADL Enviro200EV 10.8m models.

Eleven of the buses will operate on Transport for London’s route 153 from February 2018 A further 19 electric buses will operate route 214 from August 2019. All will be based at Go-Ahead London’s Northumberland Park in North London which will be equipped with BYD supplied charging equipment.

The new order means that Go-Ahead London will have in service a total of 95 BYD ADL pure electric buses based at three depots – Waterloo, Camberwell and Northumberland Park.

In a related news, Metroline is the latest London operator to win a tender from TfL to operate electric buses on a central London route and has chosen the ADL BYD partnership to supply 23 of its 10.8m single decker model.

The new buses, due for delivery in Summer 2018, will be based at Metroline’s Holloway garage in north London to operate on Route 46 from Lancaster Gate station to St Bartholomew’s Hospital. BYD will supply charging equipment at Holloway and, in association with SSE, work with Metroline on related infrastructure.

Metroline has been operating five BYD pure electric double deckers, the world’s first, on Route 98 since May 2016. The buses, built in China and unveiled during Chinese President Xi’s historic visit to Britain in 2015, are pre-production pilot models which have proved that electric technology works on double as well as single deck buses.