Polar Charging Network To Be Powered With 100% Renewable Electricity 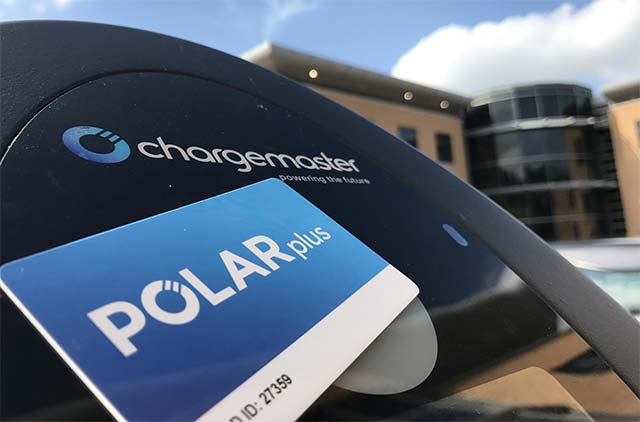 The electricity consumption of the POLAR network, operated by Chargemaster, will be certified and matched to energy generated from renewable sources; meaning every mile driven by EVs charging on the POLAR network will be matched by renewable energy.

The POLAR network is growing significantly, with Chargemaster installing more than 250 of its UK-manufactured Ultracharge rapid chargers this year. POLAR plus membership, which provides unlimited access to charging points in the network (over 85% of which are free to use) costs just £7.85 per month and will not increase with the switch to renewable energy. In addition, new members benefit from free membership for the first three months.

Even when charged with electricity from the National Grid, the emissions footprint of electric motoring is still lower than the average new car in the UK. However, this benefit is increased if electric vehicles are charged using renewable energy, which ensures that electric motorists are truly ‘zero emission’, with no fossil fuel-generated electricity used when charging.

David Martell, Chief Executive of Chargemaster said, “Switching POLAR, the UK’s largest EV charging network, to renewable energy is great news for EV drivers in the UK. It reduces the overall emissions of electric motoring, removing the upstream footprint of electricity generation in the same way as drivers have eliminated their tailpipe emissions.”