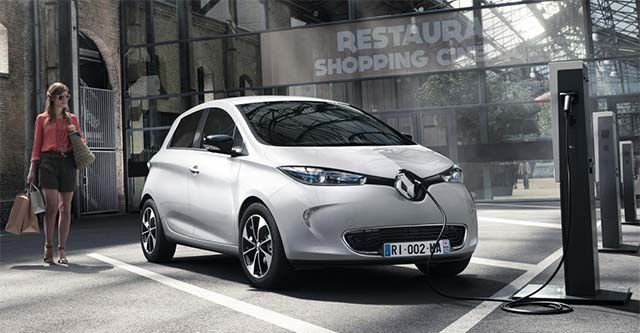 The German plug-in car market registered 4,432 electrfied vehicles, up 87% Year-on-Year, pulling the market share above 1.2%, significantly above from the 0.75% share last year.

March had another podium for the Renault Zoe with 587 deliveries, followed by the Tesla Model S with 457 and the Audi A3 e-Tron with 446 new registrations.

Below these three, we find the BMW i3 (398 units), continuing on a high note, while the Outlander PHEV had its best result ever in Germany, with 358 units.

In the year-to-date ranking, the Renault Zoe is also leading (1,198 units), in front of the second placed BMW i3 (1,091), with the Outlander PHEV (804 registrations) closing the podium.