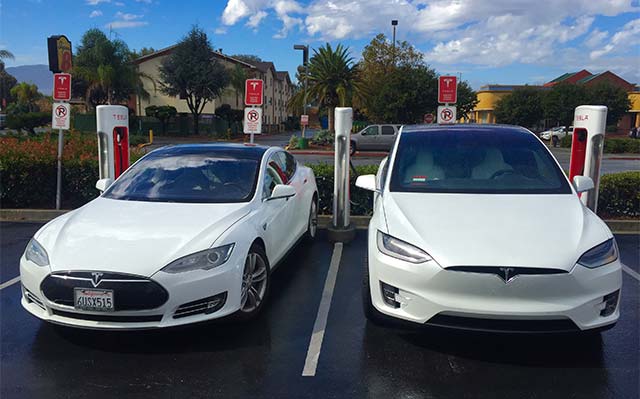 Consumer Reports is lowering the ratings for certain versions of the Tesla Model S and Model X electric vehicles because the automaker had not enabled them with an automatic emergency braking (AEB) safety feature it said would come as standard.

Tesla’s first iteration of Autopilot, its semiautonomous driving system, included AEB. However, in October, the automaker began to equip all of its new vehicles with self-driving capable hardware with a less advanced version of software. Gradually, Tesla has been releasing over-the-air software updates, with the goal of eventually enabling fully autonomous driving.

“The maker of electric vehicles continues to say it is working through software problems, but that has left owners without the promised feature, some for as long as six months. The software update would have enabled automatic emergency braking for Model S and Model X vehicles built since late October of last year,” Consumer Reports said.

In an e-mailed statement, Tesla said the company expects AEB to be included in a software update this Thursday, April 27. Updates happen over-the-air and often take days, even a week or two, to take effect for all vehicles.

“Automatic Emergency Braking and other safety features are a top priority, and we plan to introduce them as soon as they’re ready,” Tesla said in the statement. “We believe it would be morally wrong and counterproductive to our goal of improving consumer safety to release features before they’re ready, and we believe our customers appreciate that.”

“When we purchased our latest test car, we were assured automatic emergency braking would be enabled by the end of 2016,” says Jake Fisher, director of Consumer Reports’ Auto Test Center in Colchester, Conn. “We’ve been waiting for this important safety feature, which is standard equipment on much cheaper cars.”

The Tesla Model S loses two points in the ratings, dropping to a score of 85, from 87. The original higher score was based on the AEB system in the earlier version of the Model S. The new lower score moves the ranking from the top spot in the ultraluxury car category to third behind the Lexus LS and BMW 7 Series, among the seven cars rated.

For the Tesla Model X, the score drops to 56 from 58, moving it to near the bottom of the luxury midsized SUV category.

Whenever the technology update takes place, Consumer Reports says it will review both Tesla vehicles again and may return them to the higher scores.