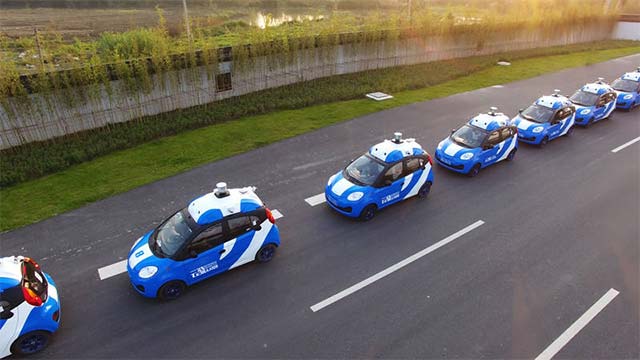 The name “Apollo” was borrowed from the Apollo lunar landing program — a ground-breaking project that brought together multiple forces for the benefit of society. Baidu believes autonomous driving is similar in terms of its potential to transform the world.

The company will also initiate a partnership alliance, working with partners who will provide the best and most compatible vehicles, sensors, and other components, to achieve broad participation and collaboration and to provide references and recommendations to participants of a rapidly expanding ecosystem enabled by Project Apollo. This will lower the barriers to entry for research and development of autonomous driving technologies, making it more accessible to the general public, and accelerate the overall pace of innovation.

Baidu has invested heavily in the research and development of autonomous driving technology since 2015. In December 2015, Baidu conducted successful road tests for its fully autonomous cars on the highways and roads of Beijing. Baidu received an Autonomous Vehicle Testing Permit for California in September 2016, and conducted open trial operations of its autonomous car fleet in November 2016 at the World Internet Conference in Wuzhen, Zhejiang Province, where over 200 guest passengers were able to take the cars for a ride.

Today, a number of technology giants are active in the autonomous driving field and leading automotive manufacturers have begun to incorporate driverless technology into their own vehicles. However, until today most players have been working independently or maintained complete control over their technology. Baidu is the first among the major players to open its technology and platform to the industry.