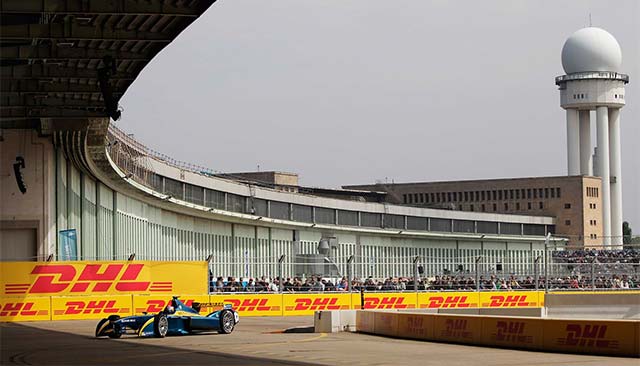 The Berlin ePrix will take place on a completely redesigned circuit at Tempelhof Airport over two races held on June 10 and 11.

German fans will get double the chance to see the all-electric racing cars in action as the Brussels ePrix has been replaced due to the lack of a suitable venue on the scheduled date of July 1.

The all-new design for the Airfield track will be revealed on Monday, March 27, when tickets for the double header will also go on sale. The new layout will include some exciting, unique features that allow spectators to get closer to the action than ever before.

In addition, the changes will also result in an expanded Allianz eVillage, which will include even more fun and interactive features to keep all the family entertained.

Formula E fans who had already purchased grandstand tickets for the Karl-Marx-Allee circuit will have their tickets upgraded to a weekend ticket at Tempelhof and will also be given access to a special pit walk the morning of Saturday, June 10. Ticketmaster Germany will contact all ticket holders with further information once the grandstand configuration and pit walk timing are finalised for the new venue.