Honda and Hitachi team up to develop, make electric motors 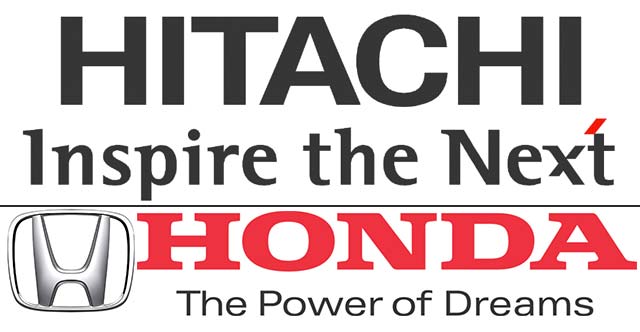 Honda Motor Co. has signed a a Memorandum of Understanding with Hitachi Automotive Systems to jointly develop, make and sell motors for electric vehicles, as the industry adapts to concerns over climate change and the environment.

The two companies now will conduct formal discussions regarding the establishment of the new company.

Automakers are increasingly teaming up with parts suppliers to build components for the fast-growing EV segment as a way to expand product line-ups while containing high development costs.

Since Hitachi Automotive Systems first started selling motors for electric vehicles in 1999, it has been refining its technological and product capabilities to develop high-output, lightweight and compact electric vehicle motors. The company has delivered a high volume of these motors to vehicle manufacturers in Japan and throughout the world, and has earned high praise throughout the industry for the performance of these products and its production technology.

Since 1999, when Honda launched its first hybrid car, Insight, the company has focused on expanding its electric vehicle line-up as it continues to enhance its technological and production capabilities with respect to the motors that form the core component of electric vehicles.

Going forward, with environmental conservation measures and regulations increasing on a global scale, the market for electric vehicles is expected to continue to grow.

Based on this direction, the two companies signed the deal with the aim of using the collaboration between a vehicle manufacturer and supplier to generate technological synergy and economies of scale that will strengthen their competitive advantage and business foundation for the motors at the core of an electric vehicle system.

Subsidiary operations of the new Japan-based joint venture are planned for the United States and China, each with manufacturing and sales functions. Together with the establishment of these operations, the new company will expand the global supply of motors by creating a robust response to demand from Honda and other vehicle manufacturers.

Further details of the joint venture are currently under discussion by the two companies. The following are items that are currently part of the plan:

The signing of the definitive agreement for the establishment of the joint venture company is planned for the end of March 2017.