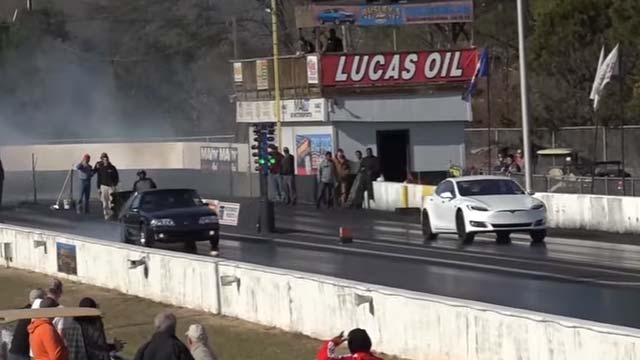 When Faraday Future revealed its new FF91 model at CES 2017, the company claimed its all-electric SUV will be the fastest accelerating production vehicle to date with a 0-60 mph time of 2.39 seconds.

In a recent real-world track test video of the Tesla Model S P100D, with the Ludicrous Plus Mode update unlocked, the sedan is shown hitting 60mph in 2.389 seconds.

The Model S P100D used in the tests was not modified in any way, either on the software or the hardware side, according to Tesla Racing Channel, which posed the run to its YouTube channel.

After running the 2.389 0-60 mph, the P100D was surpassed on the dragstrip, but that was by heavily modded cars with no tags.

When it comes to stock cars, the Model S P100D Ludicrous is the quickest production car in the world.