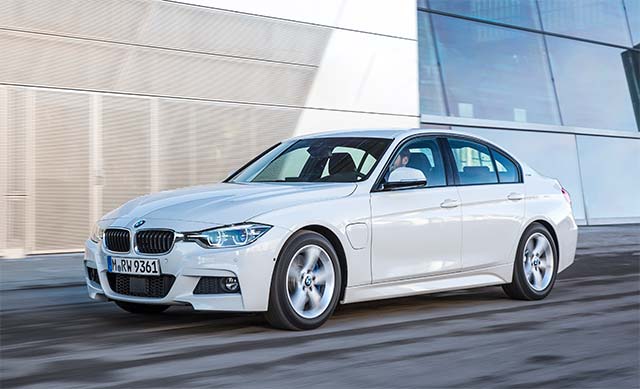 The Norwegian plug-in electric vehicle market had its second best month ever, having registered 4.553 units in September (up 43% regarding the same month last year) and the market share hitting 33% last month.

For the first time, the Tesla Model X became the best seller in September, with an impressive 601 deliveries, followed by the equally impressing BMW i3, with 520 units, and the Mitsubishi Outlander PHEV, scoring 427 registrations last month.

Spain has registered 265 plug-in vehicles in September, down 9% Year-on-Year. Despite this misstep, the Year-to-date figures (2.446 registrations) remain higher than last year and have already beaten the 2.291 units achieved during the whole of 2015.

The Mitsubishi Outlander PHEV and the Nissan Leaf continue to run for the leadership, with the first winning the race, for the moment, with 495 units (58 units in September), while the second is 60 units behind, with 435 registrations (31 last month).

In a distant third, we have the Renault Zoe, with 246 units, 23 of them registered last month.

Meanwhile, Ireland has registered 638 plug-in vehicles this year, up 23% Year-on-Year, but while all-electric vehicles are down 16% to 372 units, plug-in hybrids have surged to 266 units, up from just 74 units last year.

Proof of this shift in the market, is the fact that for the first time this year, Ireland’s favorite plug-in vehicle, the Nissan Leaf, wasn’t the Best Seller in September, having registered 10 units, while the surprising BMW 330e delivered 21 units.

Despite this, in the Year-to-date ranking, the Nissan Leaf is ahead with 337 units, now followed by the BMW 330e (75 units), that has surpassed Volvo XC90 PHEV (58 units, 1 registered last month) in the race for Second Place.