The Dutch Revolution in Smart Charging of Electric Vehicles 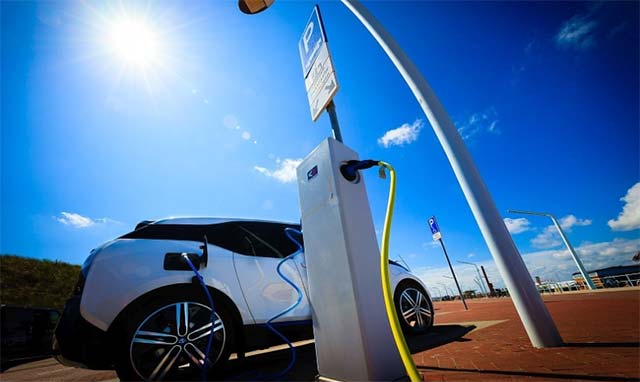 By turning itself into one huge Living Lab for Smart Charging of electric vehicles, the Netherlands are fast becoming the international frontrunner for smart charging EV’s, using them to store peak power production of solar and wind.

Adding to this some large players on private and semi-private charging stations such as The New Motion and EV-Box have joined. Very soon all Dutch charging stations will be open for tests and research projects.

The idea of the Living Lab Smart Charging is explained in short animation.

The Living Lab Smart Charging is an open platform where companies (from multinationals to small tech start-ups, both national and international), universities, local and regional governments and grid operators cooperate.

Step 2. Use those innovative stations for research and testing of Smart Charging. Eg. there’s an App (by Jedlix) that allows it’s users to earn money by using technology to charge the car in the middle of the night when the wind is still producing power but there is little demand for it. In Utrecht ‘vehicle to grid’ is being tested together with Renault: charging the electric car with solar panels and using it as storage to put power back into the grid when the sun is no longer shining.

Step 3. Putting all innovation, tests and research findings into international standards so everyone can benefit from the Dutch experience with Smart Charging.

The ultimate goal of the Dutch Living Lab Smart Charging: all electric cars driving on the power of the sun and the wind.