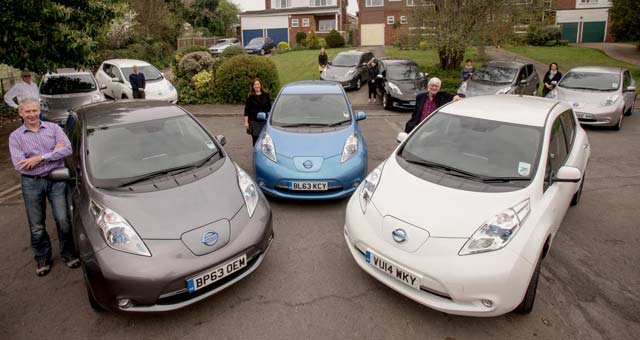 Electric Nation is trialling a smart charging solution between domestic charge points and the local electricity network to allow the numbers of electric vehicles (EVs) in the UK to increase, so avoiding the cost and disruption involved in upgrading local electricity infrastructure.

Sales of electric vehicles in the UK are rising and there’s an increasing range of models to choose from, with larger batteries and faster charging times – all of which is helping to reduce emissions and to lower running costs for owners.

The UK electricity grid has sufficient capacity to deliver power to electric vehicles, however if clusters of EVs develop in local areas and they’re all charged at peak times then some local electricity networks may become overloaded.

The previous My Electric Avenue project tested monitoring and control technology by recruiting clusters of EV users; all people in a cluster were fed by the same local electricity substation feeder, and just one type of electric vehicle was involved in the project.

The results of the project’s modelling showed that across Britain 32% of supply cables (312,000 in all) will require intervention when 40% – 70% of customers have EVs. Intervention using smart technology, rather than digging up the roads to install new cables, has been predicted to give an economic saving of around £2.2 billion by 2050.

Electric Nation is seeking to recruit between 500-700 people buying or leasing new electric vehicles (including pure electric and plug-in hybrids) to take part in the largest trial of its kind. Trial participants will get a free smart charger installed.