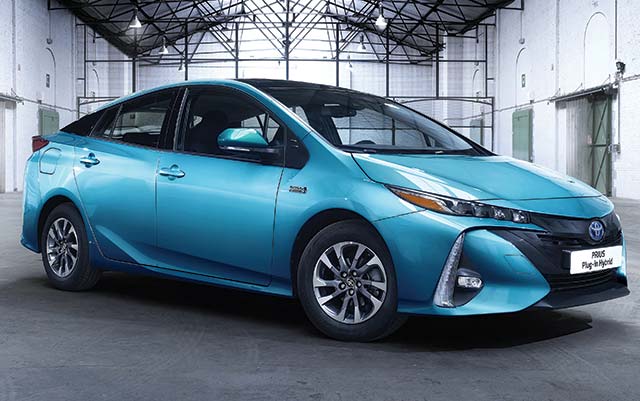 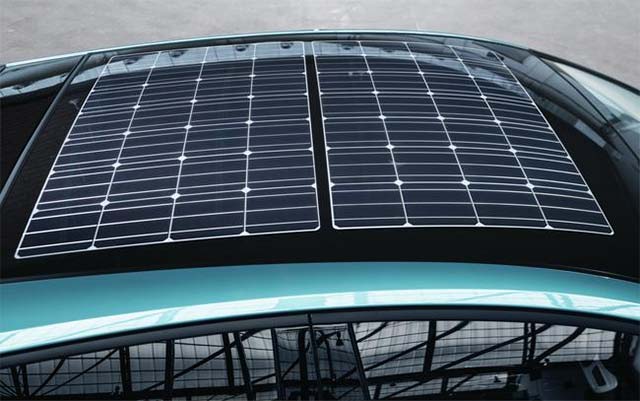 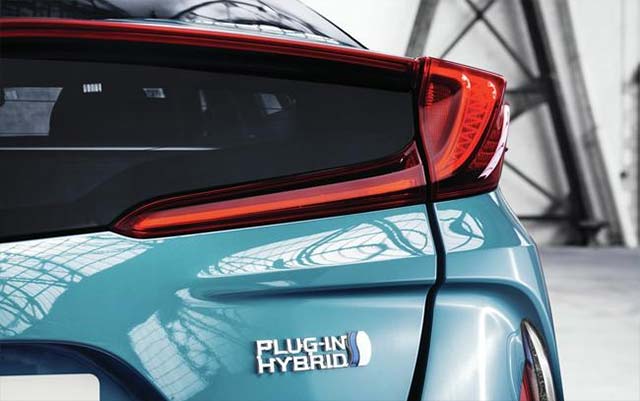 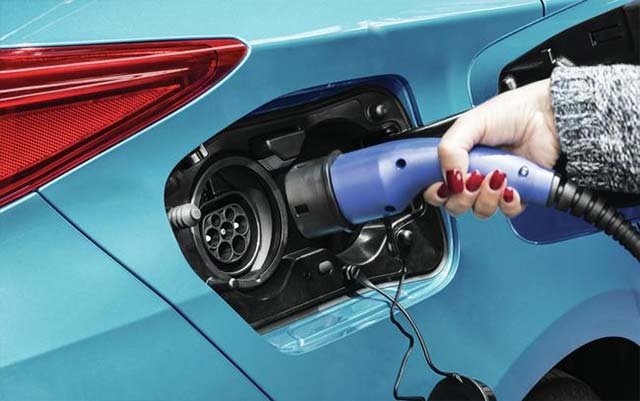 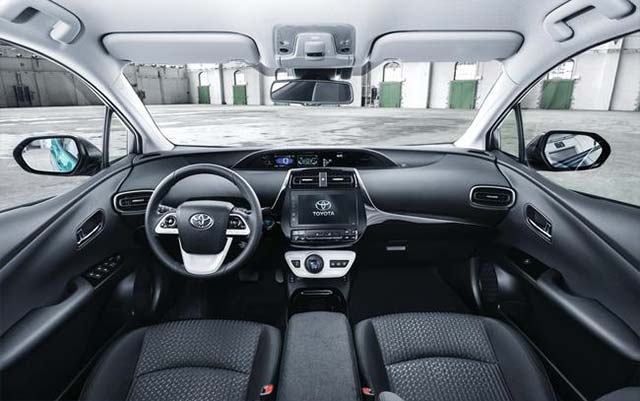 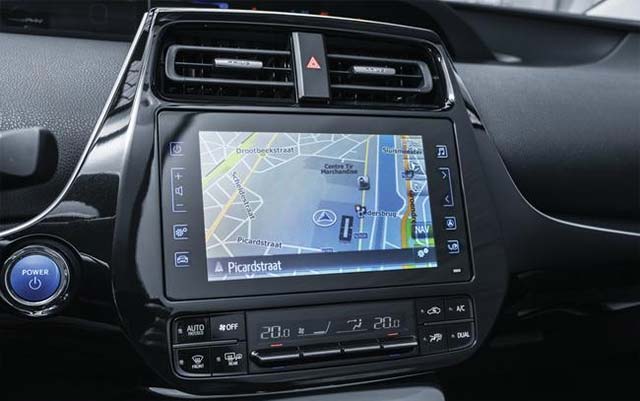 At the heart of the new Prius Plug-in Hybrid (Prius Prime in the U.S.) is the latest generation of Toyota’s advanced PHV technology. It offers customers two cars in one; an even more sophisticated full hybrid powertrain and a real, all-electric EV driving experience with double the range of the previous generation model.

Located under the rear loadspace, a large capacity lithium-ion battery is fundamental to the new Toyota PHV’s significantly improved 50 km (31 miles) EV range. Battery volume has been increased from 87 to 145 litres, its energy capacity doubled from 4.4 to 8.8 kWh and yet, at 120 kg, it’s just 50% heavier than its predecessor.

EV power has also been increased by some 83% thanks to the development of the Toyota’s first hybrid powertrain to feature a Dual Motor Drive System. A new, highly-compact one-way clutch within the transaxle allows the hybrid system generator to act as a second electric motor. This boosts EV driving power to 68 kW for better acceleration and an even more engaging performance, whilst greatly reducing engine start up frequency.

The further minimising of engine usage whilst the Prius Plug-in Hybrid is operating in EV drive mode is assured through the enhanced efficiency of the new PHV system, which builds on the 4thgeneration full hybrid technology powering the new Prius with several sophisticated new technologies.

Another world first, the auto air-conditioning is now powered by a gas-injection heat pump which will heat the cabin in outside temperatures as low as -10 degrees C, without starting the engine, hence minimising the impact which heating the interior has on EV driving range.

Far more efficient than engine heating or high power electric water heaters, the heat pump can efficiently warm the interior using heat absorbed from the outside air. Mounted to the heat pump system, the gas-injection mechanism ensures heating performance even when outside temperatures are low.

Moreover, during charging, a new battery warming system will warm the cells to an efficient working temperature in outside conditions as cold as -20 degrees C. This ensures that both battery power and efficiency are maintained at a sufficient level to minimise the impact of cold weather on EV driving range, with full power available from start off in even very cold conditions.

Its maximum charging power increased from 2 to 3.3 kW, the battery itself can be fully charged up to 65% more quickly; in only 2 hours using the Type II Mode III Mennekes connector, and 3 hours and 10 minutes using a standard household plug socket. The charging process is now programmable weekly on a day-by-day basis, and includes the facility to simultaneously charge and pre-cool or pre-heat the cabin.

Advanced Technology for Greater Efficiency
Every aspect of the advanced technology aboard the new Prius Plug-in Hybrid has been designed to improve the efficiency of the vehicle’s PHV powertrain, and to promote an environmentally-conscientious lifestyle.

The successful development of technology first revealed on the Auris HSD concept in 2010, the roof of the new Toyota PHV can incorporate a large solar panel which generates electricity to charge the hybrid system battery.

When the vehicle is parked (but not plugged in to a charging socket), the solar roof charges a solar battery which, when fully charged, delivers a pumping charge to the main HV battery.

During driving, the solar charging system charges the 12 volt auxiliary battery, compensating for auxiliary load and thereby reducing the energy consumption of the main HV battery.

Solar charging can increase the EV driving range of the new Prius Plug-in Hybrid by up to maximum 5 km per day, equating to some 1,000 km (620 miles) of all-electric driving per annum.

The range of driving modes available now includes a Battery Charge Mode which uses the engine to generate electricity and charge the battery when the vehicle is operating in HV mode.