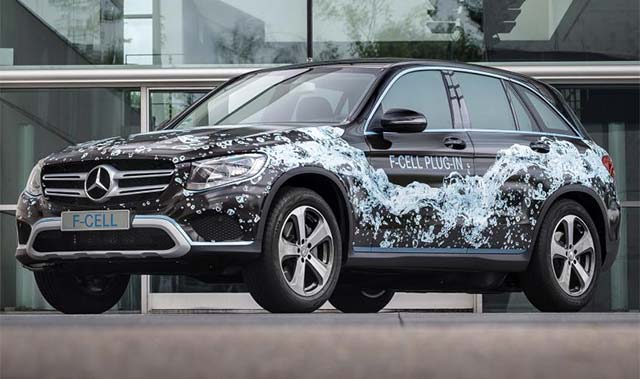 Mercedes is currently developing a brand-new all-electric platform, which is set for a Paris Motor Show debut this autumn. The first model might be an all-electric SUV. Like the forthcoming Audi Q6 e-tron, this will feature the latest generation lithium ion battery technology and promises a 500km (310 miles) on a single charge.

Weber also said Daimler would launch its fourth-generation smart electric drive car at the end of the year in both two and four-seater variants.

GLC-F-Cell plug-in hybrid SUV
Ahead of the all-electric platform, however, Mercedes-Benz will start selling a plug-in hybrid fuel-cell version of its GLC sport utility vehicle next year. The Mercedes-Benz GLC F-CELL will be the first production fuel-cell vehicle to get a usable all-electric range, capable of delivering a 50km (31-mile) range. Together the battery and the fuel-cell offer a zero-emission range of 500km (310 miles).

To date, all fuel-cell vehicles – including the Hyundai ix35 Fuel-Cell, Honda FCV and Toyota Mirai – have run solely on hydrogen.

The GLC F-cell is physically driven by an electric motor attached to the rear wheels. The F-Cell plug-in hybrid feature an 8kWH battery pack and two hydrogen tanks made from carbon-fiber, one mounted longitudinally under the center of the car and the other transversely at the back. The two tanks will carry a total of 4.3 kilograms of hydrogen which will be stored at a pressure of 700bar. Hydrogen tanks give it a mileage of 450 kilometers (280 miles) while the conventional 8kWH battery pack give the electric motors an extra boost for another 50 kilometers (31 miles) of range.

The GLC F-cell shares its 8kWH battery pack technology with the updated S500e, which will offer offering more than 30 miles (up from 20 miles) all-electric range. 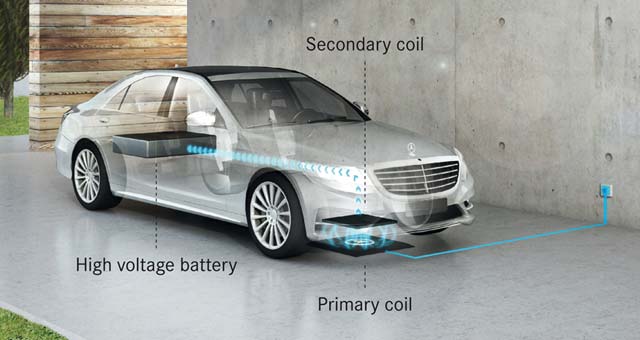 The 2017 S500e will also feature wireless charging capability, using inductive technology similar to your electric toothbrush. With an efficiency rate of 90 percent, Mercedes says the car’s high-voltage batteries can be efficiently, conveniently and safely charged in just 2.5 hours.