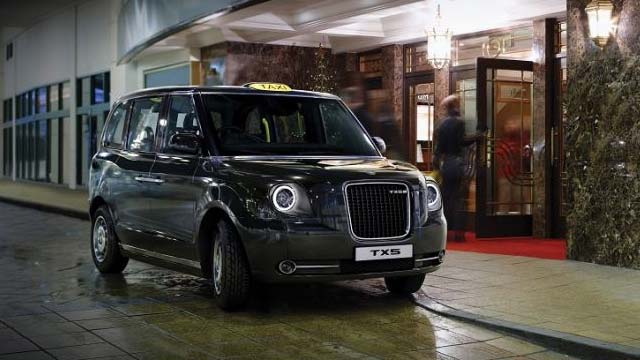 ZGH is investing GBP300m in LTC’s new research and production facility in Ansty in the West Midlands region of the UK to develop the next generation London taxi, the TX5. The new model was unveiled last October in London in the presence of the Chinese President Xi Jinping during his state visit to the UK.

The TX5 is a zero-emission capable vehicle and will be launched in the UK at the end of 2017 and in international markets in 2018. The vehicle will hence be compliant with new environmental requirements being introduced in London.

TX5 production will start next year in a new factory located in Coventry, England. The plant will have an initial capacity of 36,000 units, far exceeding the 23,000 cabs on the London’s streets today.

ZGH said the company is already in discussions with other European “mega cities” striving to curb pollution from their taxi fleets.

“We are delighted with the response of investors to our Green Bond offering” said Yifan Li, CFO of ZGH. “The issuance of the Green Bond is in line with our corporate vision to produce the safest, most environmentally friendly and most energy-efficient vehicles. The commitment of ZGH and all of the Group’s brands to reduce emissions means we are well positioned to benefit from the shift towards ever greener vehicles.”

“We are committed to producing zero-emission capable vehicles,” said Peter Johansen, CEO of LTC. “I believe the issuance of the Green Bond will further enhance our competitive edge in new energy technologies. Our next generation of zero-emission vehicles, the TX5, will be sold across the world, creating an environmentally friendly transportation system.”