Norway Post to Add 300 Electric Vehicles to the Fleet 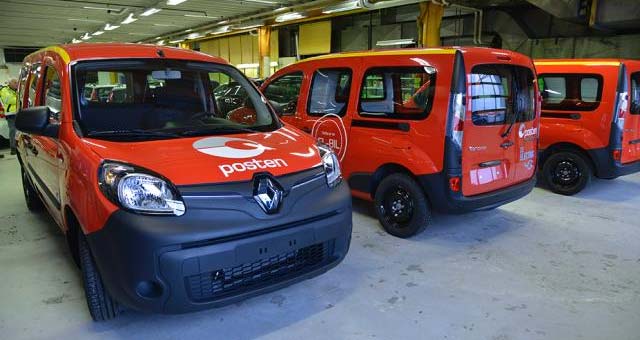 Over the course of one year, almost 300 new electric cars will be introduced into the mail distribution fleet throughout the entire country as part of Norway Post’s extensive programme to reduce its CO2 emissions.

Norway Post (Posten Norge) has opted to use environmentally friendly vehicles in areas of its operation where they have been proven to be viable, both operationally and financially.

“This represents a milestone in our environmental work. Posten Norge is one of the Nordic region’s biggest transport operators and our CO2 emissions are quite large. We are now seeing the rather significant results from the measures we have implemented. The purchase of new electric cars is one of the major contributors to us meeting our environmental targets,” says CEO Dag Mejdell.

In total, Posten Norge has around 3,700 routes throughout Norway and the new cars are smaller distribution cars that will primarily be used in densely populated areas and for mid-length routes. Over the past five years, Posten Norge has introduced more than 900 electric vehicles and trailers into its mail distribution operations. They are used for routes of varying length, topography and number of deliveries per route. This also means that there are different requirements for where each vehicle is best suited.

Posten Norge is subject to the Procurement Act and Renault has been selected as the primary supplier of the new electric cars. Nissan is the secondary supplier and will provide a smaller number of cars.