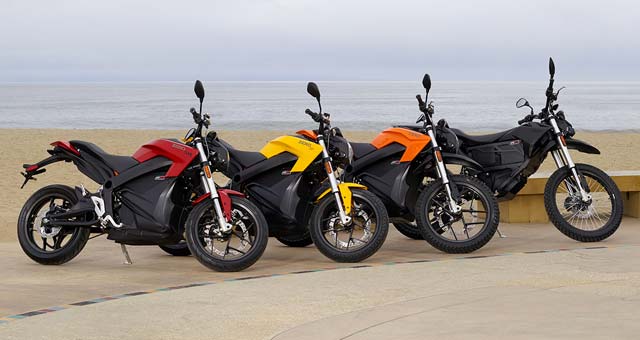 Zero Motorcycles announced today that it is lowering prices by $1,350 across its 2015 model line.

“As leaders in this space we believe it is important to pass on the benefits of improved battery technology and our increased scale to consumers as soon as possible to allow more motorcyclists to experience the thrill of electric,” said Richard Walker, Zero Motorcycles CEO. “We’re not here to do things as they’ve been traditionally done in the motorcycle industry. Making this change mid-season to deliver great value to consumers at industry-leading price points, rather than waiting for 2016, is just the right thing to do.”

Since most distribution partners across the world buy Zero motorcycles based on the US MSRP, Zero will be able to pass on the benefit of these newly announced prices to consumers in their local markets. In Europe, these cost reductions will allow Zero to absorb the currency impact of the weakened Euro without raising prices from their current levels.

“This announcement will benefit the consumer and, of course, further accelerate our growth. We are the acknowledged technology and commercial leaders in the burgeoning electric motorcycle market, and this move positions us well to remain on top,” said Pieter de Waal, Zero Motorcycles VP of Global Sales and Marketing.

The new US MSRP for 2015 Model Zero Motorcycles are as follows:

*Prices do not include sales tax, destination, freight, set-up, licensing or registration charges. Other charges may apply.