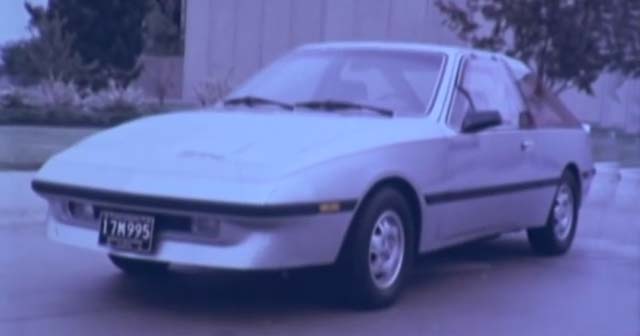 The ETV-1 (Electric Test Vehicle) was developed in the late 1970s for the U.S. DOE by General Electric Research and Development Center and Chrysler Corporation.

In a response to the first Arab oil crisis, the Energy Department set a goal of creating an electric car that would be ready for mass production by the mid-1980s and would cost $5,000, or about $21,000 today.

The ETV-1 had to meet milestones set out by the Energy Department:

Based on the then-new K-car chassis, the ETV-1 hit all of those milestones, using a T-shaped battery pack, just as the Chevy Volt does, containing 18 lead-acid batteries that could be charged in just 10 hours from a home outlet. Sounds pretty promising for 1970s technology, right?

The body is a combination of fiberglass and aluminum panels built by Chrysler. A special abrasion-resistant plastic developed by GE replaces the heavier glass commonly used in motor vehicles. GE’s major contribution was the development of a direct-current motor with transistored choppers to control armature and field power.

Unfortunately the ETV-1 project was cancelled before its mid-80s debut as after another gas price spike, oil costs fell back.