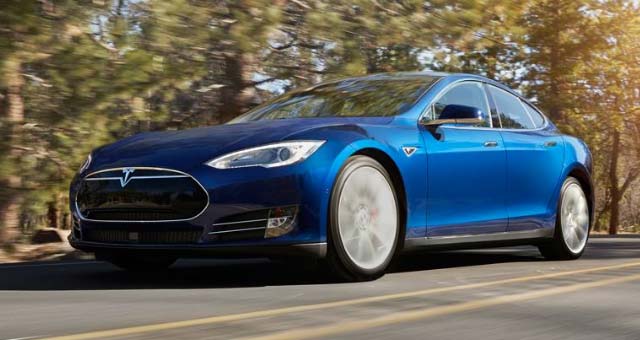 Tesla posted quarterly revenue of $939.9 million, a gain of nearly 52% over the same period last year. However, Tesla also reported a loss of $154 million in the quarter, which is more than three times the $49.8 million loss the company posted in last year’s first quarter.

In a letter to shareholders, Tesla said it delivered just over 10,000 cars during the first quarter, a 55% increase year-over-year. Tesla expects to produce 12,500 vehicles in the current quarter while delivering between 10,000 and 11,000 vehicles.

Tesla Motors also said it expected to hit its target of selling a record 55,000 vehicles this year. Tesla has hinted it expects to deliver about 5,000 units of the forthcoming Model X crossover, which will start shipping at the end of the third quarter.

“We remain confident in our ability to deliver approximately 55,000 Model S and Model X vehicles combined in 2015, as increased availability of all our Model S variants continue to drive demand.”

Tesla Motors CEO Elon Musk announced March 2016 as the date when the firm’s highly anticipated Model 3 will be revealed.

This Model 3 will be smaller and cheaper than the existing Model S hatchback and the Model X crossover. The future Model 3 will introduce a new architecture. Production is due to commence in late 2017.

The Tesla Model 3 will be the first car to have its batteries supplied from the Gigafactory, the $5 billion facility for producing lithium-ion batteries that is under construction in Nevada.

The company added that at first the new Tesla Energy offerings will be built at Tesla’s existing factory in Fremont, Calif. Production will expand into the forthcoming Gigafactory when that comes on line in the first quarter of 2016.