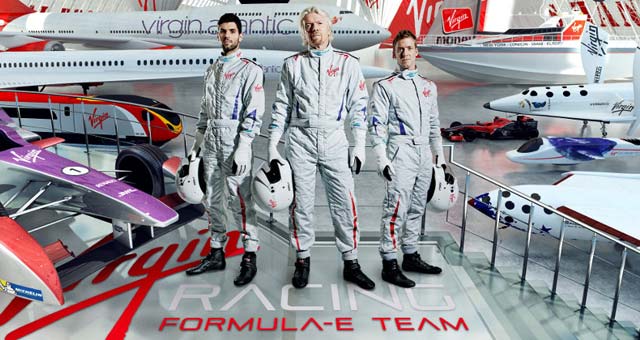 On his first visit to a Formula E event, Sir Richard Branson addressed media in Miami at the American Airlines Arena, home of the Miami Heat basketball team.

He said: “We spend a lot of time these days looking to a world that is carbon neutral by 2050 and unless you have sports like Formula E we will never get there. It’s a tremendously exciting aim and Formula E will pioneer technology which will be used on normal road cars. I hope 10 years from now the smell of exhausts from cars will be a thing of the past as much as the smell of cigarettes in restaurants.”

Following the announcement of eight new manufacturers in Formula E next season, Branson is excited about the technical battle which faces Virgin Racing Engineering.

Speaking about how far the technology will advance, he said: “I don’t know, that’s the exciting thing about new technology. Every team next year will be working hard to beat each other and all that man power, finance and energy will produce breakthroughs and make a big difference to normal battery driven cars.”

Talking about the chance of getting behind the wheel of the Spark-Renault SRT_01E, he said: “As long as people stay well clear I’d be delighted to have a go. I’ve been banned by my family from driving because I’ve turned three cars over with them in it so I wouldn’t recommend being nearby. That’s why we have pilots for planes and motor racing drivers for our cars!”