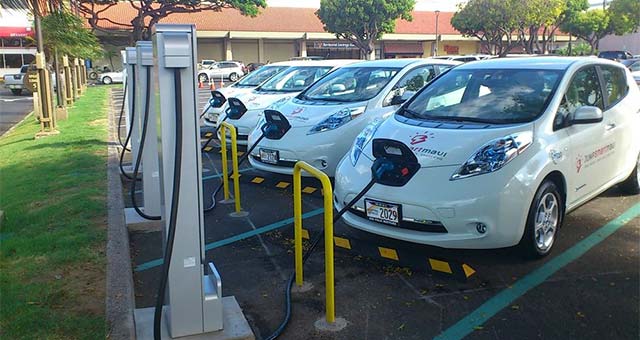 There are more electric car charging points in Japan than there are gas stations, according to a report from Nissan Motor Co.

The Japanese number-two carmaker reported that the number of charge stations in Japan, including fast-chargers and those in homes, is at 40,000 — far surpassing the nation’s 34,000 gas stations.

The figure shows that in the time since electric vehicles were introduced in the country, the infrastructure to support them has become bigger than what the oil industry built over decades. Many of those charging stations are in private homes, however, whereas a typical gas station has multiple pumps and can service many more cars.

Nissan is betting on growing demand for electric cars, while rival Toyota said it has been swamped by orders for its first mass market hydrogen fuel-cell car, the Mirai sedan.

Feb 18, 2015Blagojce Krivevski
The Numbers Really Do Add Up With A Mitsubishi Outlander PHEVMcLaren P1 GTR Revealed in Production Form