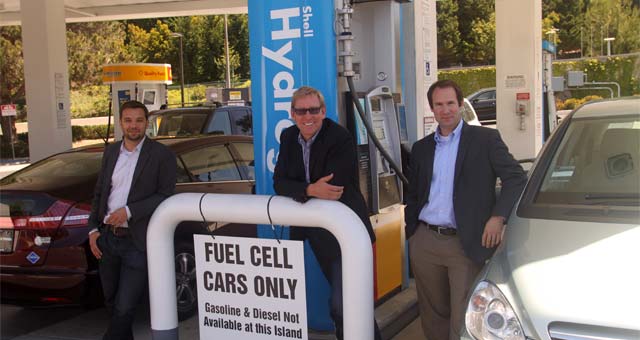 FirstElement Fuel Inc. puts to rest the question of who will build the hydrogen fueling network in California in advance of the fuel cell electric vehicle launches scheduled for 2015 or sooner.

The California Energy Commission announced its decision to award FirstElement Fuel $27.6 Million, which will assist the company in creating a fueling network that enables consumers to drive and fill up their fuel cell vehicles throughout the State of California.

“Our goal is a seamless experience for consumers. When they push the button to start their all-electric fuel cell vehicle, they can go where they want, when they want, just as if it were a gasoline engine vehicle – no compromises. Only they will be changing the world with every zero emission mile they drive,” said Joel Ewanick, Chairman and CEO of FirstElement Fuel. “That means no range anxiety and 100% reliability. We are taking the infrastructure debate out of the equation.” Fuel cell vehicles are viewed as the next generation of clean vehicles by automakers and the State of California because of their ability to help clean the air, reduce greenhouse gases, and improve energy security; however a lack of hydrogen stations remains a potential hurdle to their commercial success.

California is unique in how it has brought together the State government, the public, and automakers around the common cause of enabling a fuel cell vehicle market. The State has long been a strong proponent of zero emission vehicles, both through vehicle regulations and infrastructure funding initiatives – such as the California Energy Commission’s AB 118 program – enacted to help incentivize the availability of fueling stations. Governor Jerry Brown recently gave clean vehicles a push by signing an executive order that called for enabling 1.5 million zero-emission vehicles on California roadways by 2025.

“We want to thank the State of California for their confidence in FirstElement Fuel,” said Ewanick. “We are honored to be at the center of the debate on climate change, clean air, and how the hydrogen fuel cell can have a significant positive impact.”

Ewanick has been a long-time leader in the automotive industry, most recently serving as General Motors’ Vice President and Global Chief Marketing Officer. Joining Ewanick at FirstElement Fuel are scientists formerly with the National Fuel Cell Research Center at UC Irvine, Tim Brown and Shane Stephens-Romero.

“FirstElement Fuel sees its effort in California as an important first step. We want to create a business model that is scalable to other U.S. markets, and throughout the world as the fuel cell market grows. There will be future monies available from the State, and we plan to engage automakers to help in any way they can,” Ewanick said. FirstElement Fuel plans to have its first 19 stations running in the fall of 2015, prior to the launch of vehicles from various manufacturers. “This is about enabling an automotive technology that transforms the way we do personal mobility and electrify the drivetrain. It’s about a better future for us, and for our children, and that’s what motivates us to come in and work hard every day.”

May 2, 2014Blagojce Krivevski
Proterra Electric Bus Sets Record for Most Miles Traveled in a DayBMW Delivers First Electric i3 in the US