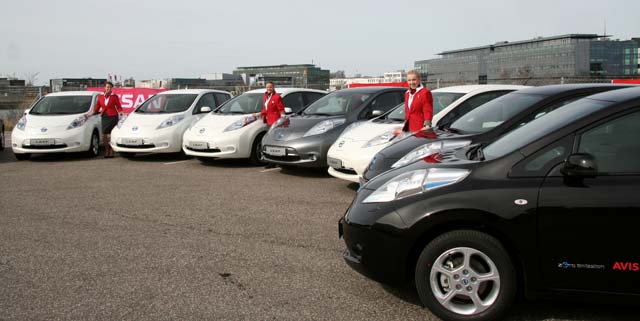 Nissan fleet sales leapt 30% in the last financial year as demand for the all-electric Nissan LEAF surged to new heights.

With fleet operators increasingly adopting greener strategies to reduce cost and environmental impact by turning to electric vehicles, LEAF sales were up 132% in the 2013 financial year and contributed to a total of 27,912 core fleet and leasing sales for the Japanese manufacturer.

The all-new Qashqai, which was released at the beginning of 2014, has also been a popular choice for fleets with 2,000 sold in March 2014 alone, over double the amount that drove off the forecourt in March 2013. In total, Qashqai sales increased by 15% and the popular Juke crossover by 36%.

The sales increase represents a great year for Nissan which has seen strong natural demand for core fleet and leasing products across the board.

Nissan UK corporate sales director Barry Beeston commented: “The 2013 financial year has been prosperous for our corporate sales with electric vehicles in particular proving to be an increasingly viable option for fleet operators.

“With the all-electric e-NV200 van being released later this year it is an exciting time for Nissan and we believe we will see a further increase in demand for the rest of this year and into 2015.”