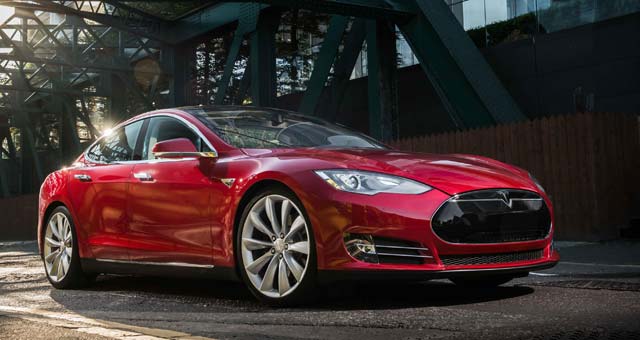 Tesla Motors ranks in the top five brands in an annual consumer perception survey by Consumer Reports, another accolade from the magazine that rates Tesla’s Model S among the best cars it’s ever tested.

The Consumer Reports National Research Center conducted a random, nationwide telephone survey from Dec. 6 to 15, 2013, and collected survey data from 1,578 adults in households that had at least one car.

Then they were asked to name which brand was a leader for each of those aspects. The results were then used to calculate the overall favorite brand.

The biggest winner was Tesla, which jumped from 47 points last year to fifth position with 88 points.

Tesla’s Model S has gotten very strong reviews and sales have been above forecasts, but it is also facing an investigation by federal safety officials into battery fires sparked by debris striking the undercarriage.

Falling out of the top 10 were Dodge and Hyundai.