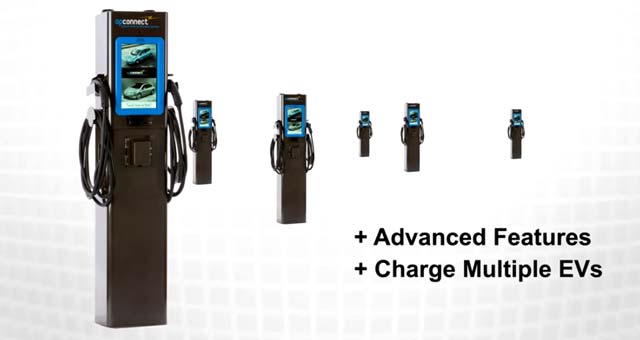 OpConnect, a Portland company that makes electric vehicle charging stations, sold five more of its multi-vehicle stations to the U.S. Navy for use at the Joint Base Anacostia-Boiling in Washington D.C.

Each of the stations can charge four vehicles at the same time.

The OpConnect System offers pedestal-mounted or wall-mounted charging stations suitable for commercial, fleet, and public applications. OpConnect charges up to four vehicles at a time, and supports 120V and 240V charging.

OpConnect is owned by a veteran and counts several military veterans among its employees.