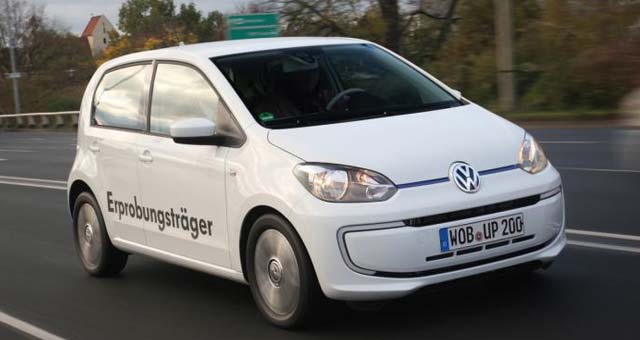 The Volkswagen Twin-Up – a plug-in diesel hybrid version of the Volkswagen Up minicar – will be unveiled at the Tokyo Motor Show.

The Volkswagen Twin-Up uses the same plug-in diesel hybrid powertrain that features in the ultra-efficient XL1, but in the standard Up body.

The powertrain includes an 800cc two-cylinder diesel engine with an electric motor. Power flows through a seven-speed dual-clutch transmission.

The 800cc engine produces 47hp and 88lb ft of torque. The combustion engine is supported by an electric motor developing a similar 47hp – 20hp more than the unit used in the XL1 – and 103lb of torque.

The Volkswagen Twin-Up will be shown as a near-production-ready concept, alongside the all-electric e-Up, at the Tokyo Motor Show. VW has not yet decided whether the Twin-Up will go into production.

VW launched the all-electric e-Up in Europe in September. The e-Up starts at 26,900 euros in Germany.

The automaker is also building a limited run of the 200 XL1s, which will go on sale next year at a base price of 111,000 euros.