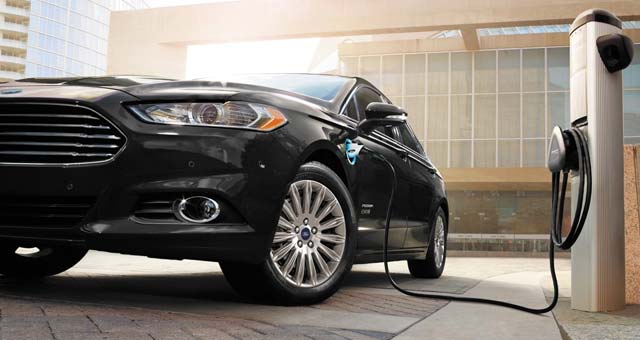 Plug-in hybrid sales are beginning to gain traction in some key growth markets for Ford across the United States.

California continues to account for 38 percent of all Ford plug-in hybrid vehicle sales, but plug-ins are strengthening in the midwestern and eastern regions. New York, Boston, Detroit, Chicago, Washington, D.C. and Philadelphia combine to make up 32 percent of the C-MAX Energi market. Those same cities make up 34 percent of the market for Fusion Energi. New York alone comes close to unseating San Francisco as the second most popular market for Fusion Energi.

Through September, aggregate data collected through MyFord® Mobile show Ford plug-in hybrids are being driven about 203,000 electric miles a day, enough to drive around the earth nearly eight times, or more than 8,400 electric-only miles an hour. These numbers are rapidly increasing as Ford continues investing in infrastructure while features exclusive to Ford plug-ins help improve driving habits.

Through MyFord Mobile and other features such as SmartGauge® with EcoGuide, data show how driving habits evolve and how electric-only miles rapidly accumulate. After six months of vehicle ownership, nearly 30 percent of all trips are taken gas-free, compared to about 20 percent at the beginning of ownership.