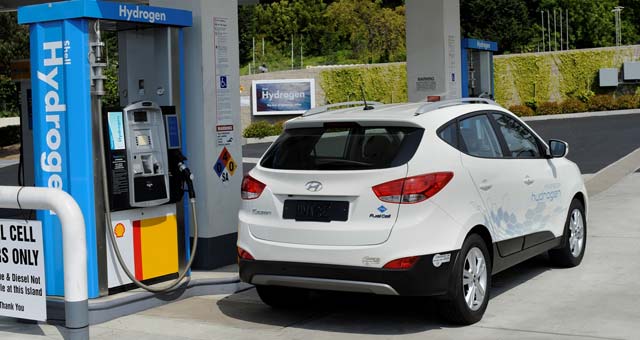 The station, situated at a testing facility for Hyundai America Technical Center, Inc., will be located at the site of an existing hydrogen station originally constructed in 2005 to support Hyundai’s fuel cell vehicle fleet.

With this upgrade, the station will be able to produce at least 100 kilograms of hydrogen per day, enough to dispense approximately 6,000 to 9,000 vehicle fill-ups with hydrogen annually.

System pressures of 350 bar and 700 bar will allow fueling of all fuel cell vehicles (FCV) including fast refueling. The station will have the capability to produce hydrogen from the electrolysis of water on site.

On top of the $3 million rebuilding project funded by the California Energy Commission grant, an additional $1.7 million funded by partners Hydrogen Frontier Inc., Powertech and ITM Power will go toward modernizing the facility to meet the latest industry standards for hydrogen generation, storage and dispensing.

Production of the Hyundai Tucson Fuel Cell began at the company’s Ulsan manufacturing plant in Korea in January 2013, making Hyundai the first automaker to begin commercial production of a hydrogen-powered vehicle. The first complete car rolled off the assembly line on February 26, 2013. Hyundai is investigating potential demand for the Tucson Fuel Cell Vehicle in the U.S. market, particularly in California, where most of the hydrogen refueling infrastructure development has taken place.

The development of fueling stations, such as the Chino facility, is crucial to the success of fuel cells in the marketplace. In California today, there are eight public stations, and 17 more are in development. The goal is to have 68 stations in place to support the larger rollout of the vehicles in the next few years.