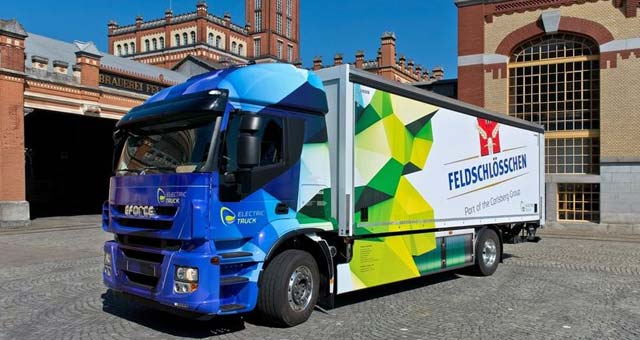 The E-FORCE electric truck was jointly developed by EFORCE ONE AG and Designwerk GmbH for use in short-haul services and the national distribution of goods.

With a range of around 300 kilometers (186 miles), the E-FORCE electric truck is the ideal vehicle to distribute goods nationally. During loading and unloading at the depot the truck can be recharged in just a few hours. Thanks to the two 22 kW on-board fast chargers from BRUSA a full charge only takes six hours.

In inner-city stop and go traffic the E-FORCE truck benefits from the instant torque of the two BRUSA 150 kW electric motors. This also results in better acceleration compared to standard trucks – all with no emissions and less noise. 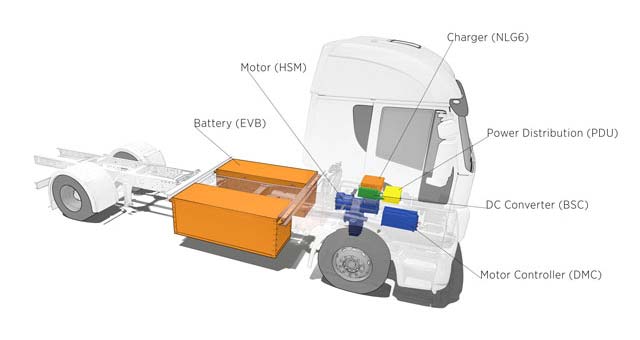 The real strength of the E-FORCE electric truck lies in its low operating costs. The operator benefits from the low energy consumption of the truck and reasonable electricity rates. Furthermore, in Switzerland electric trucks are exempt from the performance-related heavy vehicle fee (HVF). With an efficiency of around 95% the electric motors convert much more of the primary energy into movement than is the case with an internal combustion engine. If the truck is charged with electricity from renewable sources such as solar or hydro power plants, the truck truly becomes a zero-emissions vehicle.

The E-FORCE electric truck has undergone extensive testing in recent months. It has climbed the Gotthard Pass at 2,106 m (6,909 ft) successfully three times, thereby proving the reliability and performance of the BRUSA drivetrain.