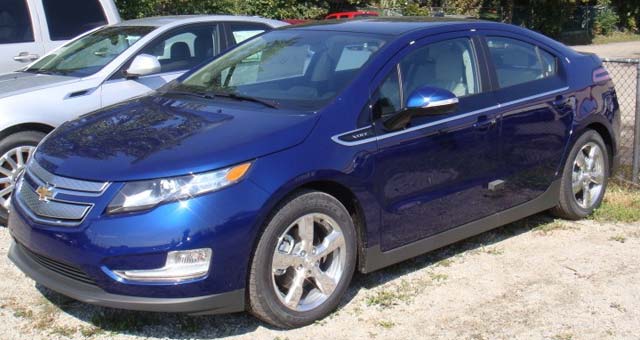 General Motors is offering potential buyers as much as $5,000 in incentives to move its Chevrolet Volt off of dealer lots.

Meanwhile, the federal government provides a $7,500 tax credit. A number of other states now offer incentives to buyers of qualifying battery vehicles, including Chevrolet Volt.

Nissan, meanwhile, saw a big increase in sales of the all-electric Leaf. Nissan sold 2,138 Leafs last month compared to just 510 the year before. Nissan is offering very low lease prices on the Leaf. The Leaf is available for $199 a month with only $999 down.