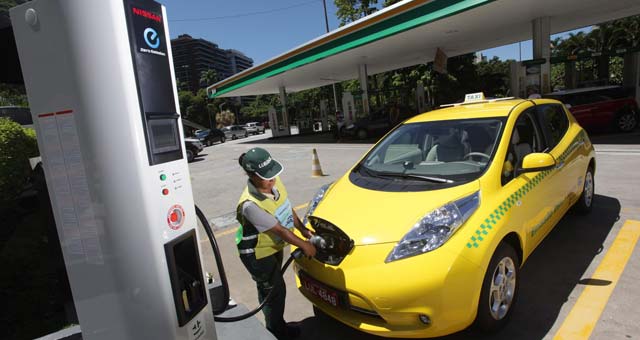 The Government of Rio de Janeiro, Brazil published in the Official Gazette a decree establishing a working group to evaluate the deployment of electric vehicle factories in the state.

The group will study the infrastructure necessary for widespread use of these vehicles in the Rio de Janeiro territory.

The “GT Veículos Elétricos” will be coordinated by the program “Rio Capital da Energia” whose main pillars are to low-carbon, energy efficient and technological innovation.

“The idea is to make Rio de Janeiro a center of world power in relation to the twenty-first century,” said Economic Development Secretary, Julio Bueno. According to the decree, the studies related to electric vehicles meet the state’s commitment to enable an environmental policy aimed to increase the quality of life for the population, the generation of employment and income, consistent with sustainable economic development.

The group arrived at an opportune time since Rio de Janeiro is a city traditionally touristic and geographically favorable for electric mobility. The distances between districts in the south and downtown area are short, facilitating infrastructure due to the large concentration of vehicles in a small region.

The city of Rio de Janeiro is ready to take their share of electric cars, following the successful example of the bicycle rental. The expansion of electric public transport will also be welcome to the city, similar to what occurs in other cities. The installation of the charging stations would be facilitated relatively easily because the area to be covered is small such as Oslo, Norway, Portugal, Lisbon, and Paris, France, among others.

What was needed to tread the path of electric mobility was Brazil’s understanding that electric vehicles are not competitors of Brazilian oil reserves (pre-salt) and ethanol production (as some mistakenly thought). In this regard, Rio de Janeiro could not be better supported. Governor Sergio Cabral and Mayor Eduardo Paes are managers attuned to the principles of modern public administration and they’re working in harmony each other and with federal government.

Nissan, pioneer and world leader in electric cars will participate at “GT Veículos Elétricos” and stated that they want to produce electric vehicles in Rio de Janeiro. This is just the beginning, so the rules are set, there will be queue companies to invest in this segment, which demonstrates the robustness in some countries.

Other “heavyweights” of the private sector who will be part of the GT group are the electric utilities companies such as Light and Ampla. Of course, besides these other major corporations such as Petrobrás, Eletrobrás, Usina Nuclear de Angra dos Reis among others, likely will be invited to participate, too.