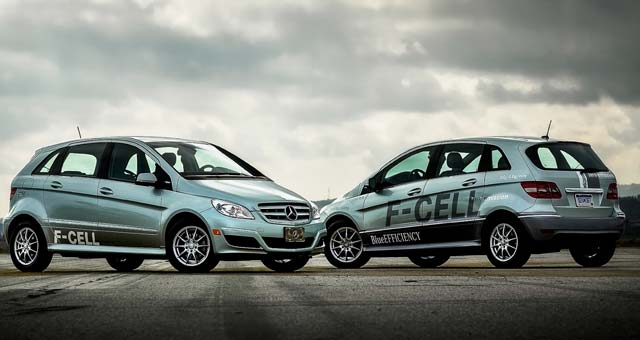 Almost all Germans have heard of hydrogen fuel cell cars, most of them are excited about it.

They are not afraid of risks, but they are skeptical about the costs and supply of hydrogen refueling stations. Hydrogen will make an important contribution to the German energy transition by being produced decentralized and from renewable energy sources.

This is the core result of the representative survey on hydrogen mobility presented by the Independent Institute for Environmental Issues (UfU).

The survey is part of the social scientific research project HyTrust that surveyed more than 2,500 citizens about their opinion on hydrogen and fuel cell technologies in the field of mobility. This project is funded by the National Organisation for Hydrogen and Fuel Technology (NOW).

The Germans have no safety concerns. They trust in German engineering, the severity of the TÜV (Technical Control Board) and the thoroughness of the authorities. If a hydrogen car gets a road approval, is assumed that it will be at least as safe as any other vehicle. 89 percent of the citizens say: “If hydrogen cars are officially sold, I assume that they are safe.” They would even have nothing against living next to a hydrogen filling station. This risk is not rated higher than the risk to live next a conventional gas station.

The Germans are skeptical whether there will be a sufficient network of hydrogen refueling stations in the near future and whether hydrogen fuel cell cars will be affordable.

You can download the presentation on the survey results in PDF here.