Mitsubishi Recalls Some i-MiEVs in U.S. and Canada for Faulty Airbags 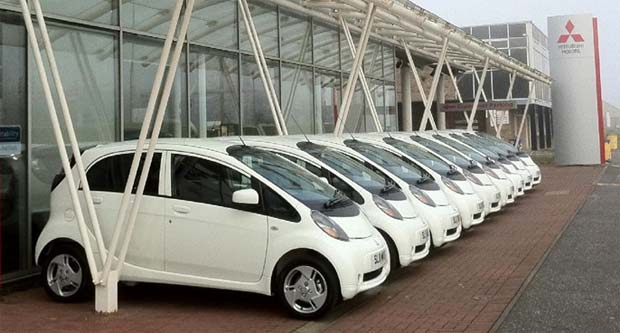 Mitsubishi is recalling a small number its 2012 model year Mitsubishi i-MiEV electric cars in the United States and Canada due to the possibility that the front and side air bag systems may be deactivated.

Mitsubishi is recalling its i-MiEV EVs because an incompatibility between the air bag sensors and the self-diagnostic software may cause the side and curtain air bags not to deploy, or the front air bags to deploy late in a crash. If the air bag system were deactivated, a warning light would illuminate to alert the driver. If the problem isn’t corrected the side and curtain air bags may not work properly in a crash, increasing the risk of injury to occupants.

Mitsubishi was unaware of any injuries or accidents related to the issue, according to NHTSA documents.

Mitsubishi will notify owners of potentially affected vehicles and dealers will replace the incompatible sensors with proper sensors for free. The automaker hasn’t yet specified when notifications will begin.