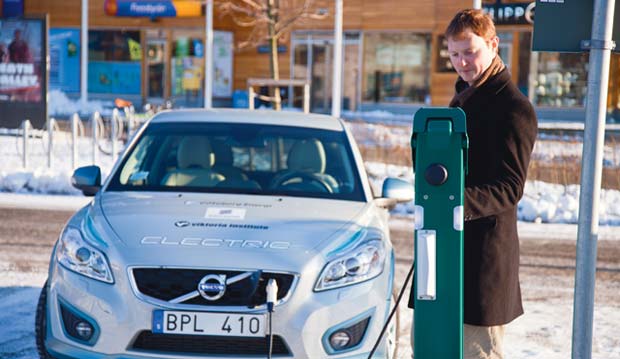 EnerDel was initially selected by Volvo as its battery supplier for the Volvo C30 Electric back in September 2009 when the car was announced as part of Volvo’s “Drive-E Towards Zero” strategy.

EnerDel will start manufacturing the additional multi-million-dollar order at the beginning of September with an expected final delivery slated for 2013. The split-pack design (tunnel and tank) that EnerDel designed, with integration support from Volvo’s engineering team, will again be manufactured to Volvo’s exacting specifications.

The Volvo C30 Electric has won multiple awards for its safety and performance, including the recent “Green Car of the Year” award at the 4th China New Energy Mobility Summit. During the summit, Volvo delivered 15 C30 Electric cars to the City of Shanghai for a pioneering open road test-drive project.