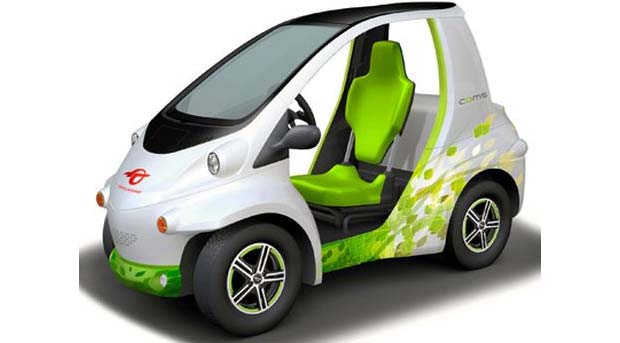 Toyota Motor subsidiary Toyota Auto Body plans to start selling an updated version of its COMS one seat electric vehicle for around JPY1,000,000 (US$12,600) as early as next month.

Toyota Auto Body plans to install a seat and seatbelt in the cargo area, converting the COMS EV into a two-passenger vehicle allowed on public roads.

It expects healthy demand for ultracompact EVs not only as daily-use cars for grocery shopping and other short trips, but also as an easy means of transportation for tourists.

The previous COMS, launched in 2000, achieved only sluggish sales of about 2,000 units to the end of May 2011 as it required 13 hours of battery charge time and had a maximum speed of only 50km/h (30mph). The latest model is expected to require less charging time.

Toyota first introduced the COMS EV at the Tokyo Motor Show in 2007.