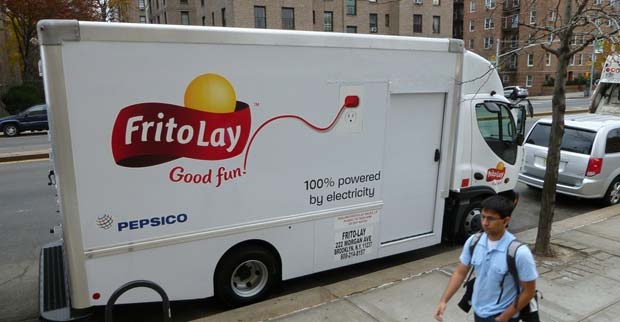 BMW, Frito-Lay, Price Chopper, Ikea, National Grid, Public Service Electric and Gas Company, and Ceres’ business advocacy coalition BICEP – on behalf of member companies including Starbucks, Nike, eBay and Clif Bar – are among the 70 companies and organizations that have pledged to facilitate the deployment of electric vehicles in the northeastern US, according to the Transportation and Climate Initiative (TCI).

The commitments come as 10 states and the District of Columbia develop the Northeast Electric Vehicle Network, a TCI project launched in late 2011 to enables travelers to drive plug-in cars and trucks from northern New England to DC and all states in between.

TCI says Frito-Lay has 47 electric trucks in the northeast and plans to add another 30 to its fleet in the region in 2012. Frito-Lay’s EV fleet will include more than 280 all-electric trucks by the end of 2012.

EV tech companies including ECOtality, Coulomb Technologies and AeroVironment have pledged to work with the initiative to help overcome EV deployment obstacles, according to TCI.