Brammo Working on a Racing Version of Empulse Electric Motorcycle 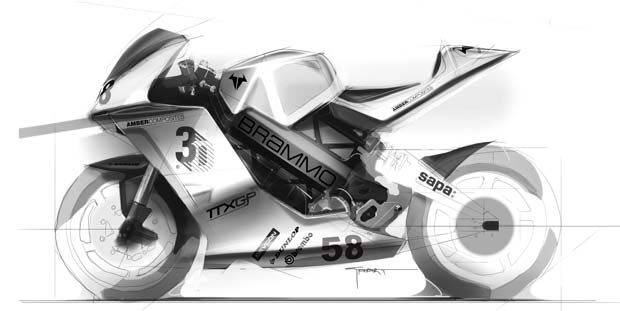 Brammo is working on a racing version of its six-speed Empulse, called the Empulse TTX, for exclusive use of teams racing in the TTXGP World Championship 2013 worldwide program.

Teams racing the Empulse TTX will have an affordable, accessible race-ready platform built with the latest technology and manufactured to the highest quality standards. This Empulse TTX race package includes:

Bartels, the newest dealership for Brammo’s award-winning electric motorcycle in Los Angeles, is looking forward to competing in the 2013 TTXGP North America Championship.

Riders racing the Empulse TTX in the TTXGP 2013 series will be eligible for cash prizes in each race in addition to performance-based scoring that will count towards and culminate in the award of the prestigious Brammo Cup. The TTXGP World Championship remains committed to an open platform and not a single-make series.